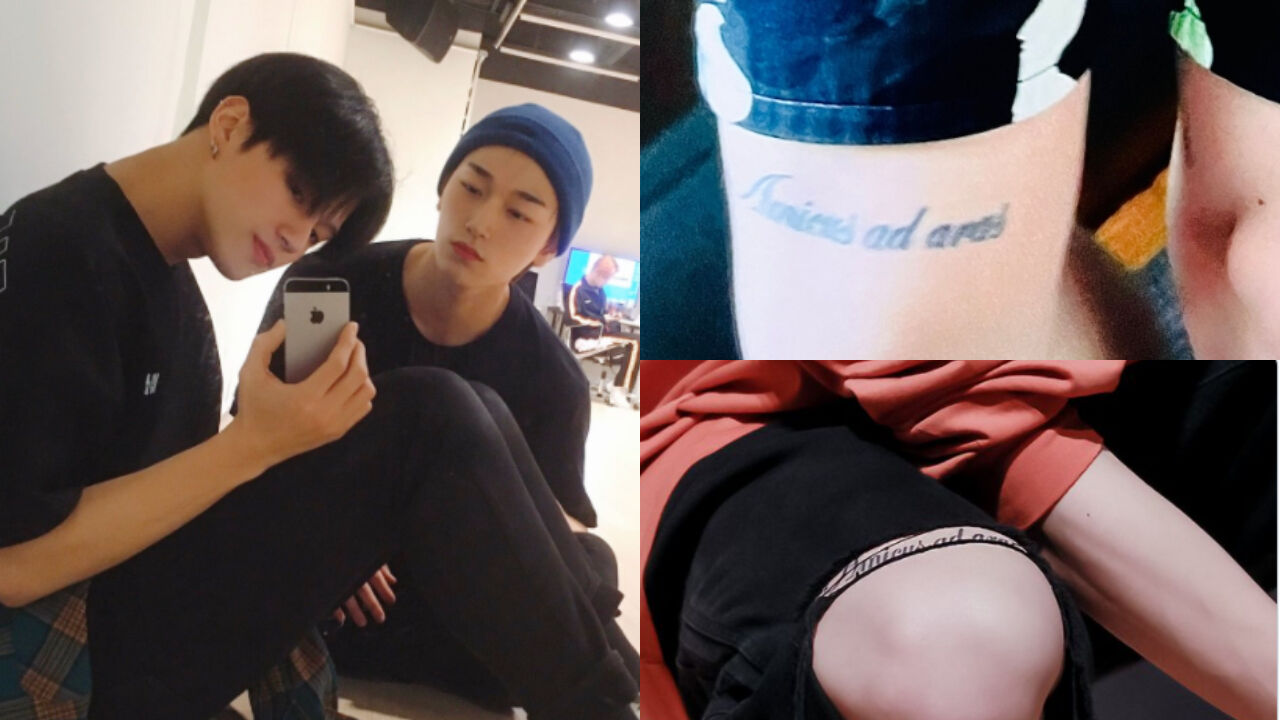 K-pop boy group ATEEZ's members San and Woo Young got an awesome matching tattoo that showed off their rock-solid friendship.

All ATEEZ members are close to each other, but San and Woo Young are especially close.

They always referred to one another as 'amicus usque ad aras', which is a Latin phrase meaning a friend to the very end.

Last month when San appeared at the aiport, he was wearing a pair of shorts.

Then, Woo Young was also spotted with the exact same tattoo on his right thigh.

It turned out their 'amicus usque ad aras' tattoos were a matching tattoo.

Recently, fans asked SAN whether he regrets getting a matching friendship tattoo with Woo Young through an official online fan community.

SAN answered, "No, I don't regret getting a matching friendship tattoo with Woo Young at all."

Fans are finding San and Woo Young's friendship as well as their matching tattoo super adorable.