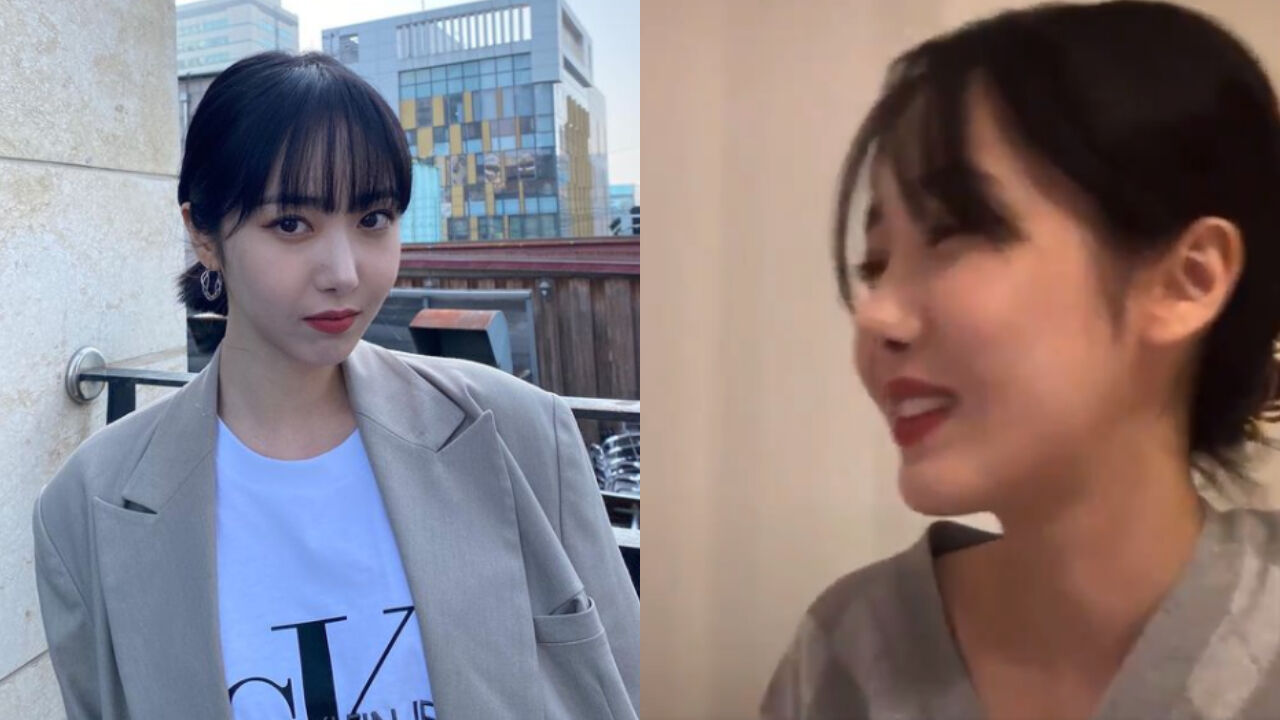 Everybody is laughing about SINB of K-pop girl group GFRIEND's hilarious remark that she made during a live broadcast.

In the evening of June 3, SINB went live on her Instagram to spend the rest of her 23rd birthday with fans.

In this live broadcast, SINB's good friend EUNSEO of another girl group WJSN joined her.

After singing a birthday song and blowing out the candles on a cake, SINB and EUNSEO had a random talk together.

While doing so, SINB scanned EUNSEO's hoodie and commented, "Hey, who told you it was okay to wear a ripped clothing?"

EUNSEO responded, "Don't say that. My fans bought this for me."

Then, SINB laughed and said, "Oh, really? I mean, it's so pretty. I've always wanted to wear something like that."

EUNSEO burst into laughter as she listened to SINB, and SINB continued, "You know, I love ripped clothes."

She resumed with an awkward smile, "I actually even purposely rip my own clothes for fashion."