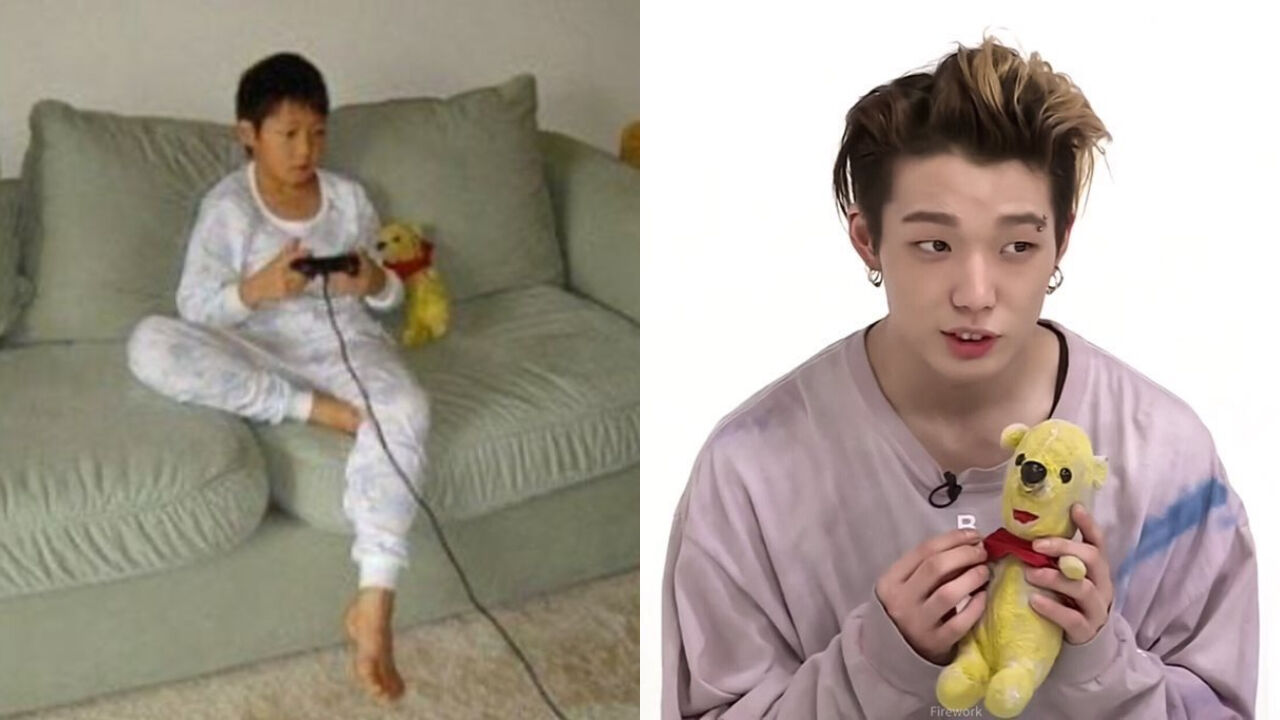 A lot of us had a close stuffed friend in our childhood.

Some were not friends for long, while some had been loved to bits.

There are some people who get very attached to their favorite earliest possession.

These people keep their stuffed friend by their side even after they become fully-grown adults, and it turns out BOBBY of K-pop boy group iKON is one of them.

About a year before BOBBY was born, a stuffed Winnie the Pooh joined his family.

After BOBBY entered the world, he became best friends with this stuffed Winnie the Pooh.

Ever since then, BOBBY took the Winnie the Pooh everywhere he went even after he made debut as a member of iKON.

This particular Winnie the Pooh was frequently spotted in videos of iKON.

As it was so old and used though, it became flattened, dirty and worn out.

But that does not seem like BOBBY's concern at all.

Previously in one talk show, the members of iKON shared BOBBY's great love for his stuffed friend.

They said, "We used his stuffed friend as a prop for our music video once. At that time, it happened to get lost. It was found not long after, but BOBBY couldn't sleep properly that night."

Many are wishing BOBBY and his stuffed friend a happily ever after.