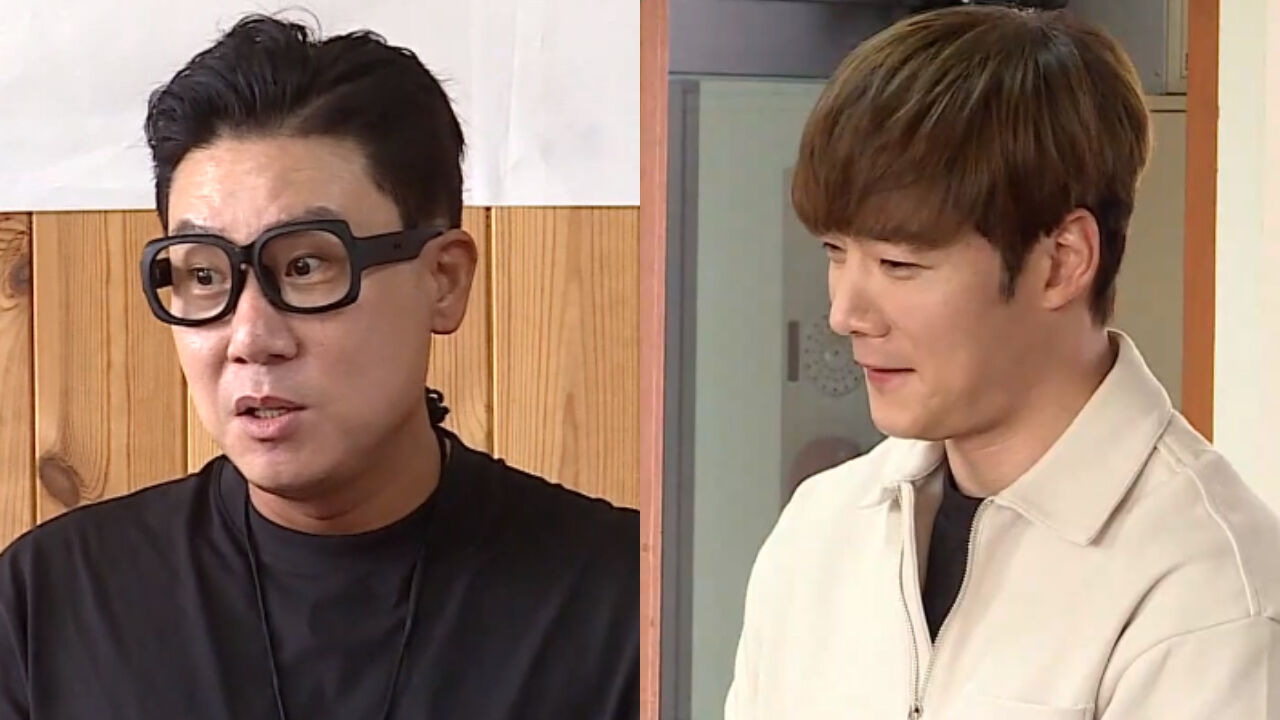 Entertainer Lee Sang Min shared that actor Choi Jin Hyuk does not live up to his looks.

On May 30 episode of SBS' television show 'My Little Old Boy', Lee Sang Min and Choi Jin Hyuk made an appearance.

About Choi Jin Hyuk, Lee Sang Min said, "I've known Jin Hyuk for years. I've known him since when I was struggling with difficulties."

He continued, "He is so good-looking, and it feels almost as if he will be good at everything, right? It's quite the opposite though."

He went on, "I realized how clumsy he is as I got to know him more and more. He's probably one of the clumsiest actors out there. He honestly doesn't live up to his looks."

Choi Jin Hyk laughed and responded, "Yeah, I've heard that a lot of times. I'm just not really good at anything."

Lee Sang Min said, "About 10 years ago, Jin Hyuk held a fan meeting in Japan. At that time, he asked me if I could make him a song so that he could sing it to his Japanese fans."

He resumed while shaking his head side-to-side, "So, we went to a singing room together. I asked him to sing something, and he sang Lim Jae-beom's songs for an hour. Gosh, that was just unbelievable."

Choi Jin Hyuk commented with an awkward smile, "Well, I like Lim Jae-beom's songs, so..."