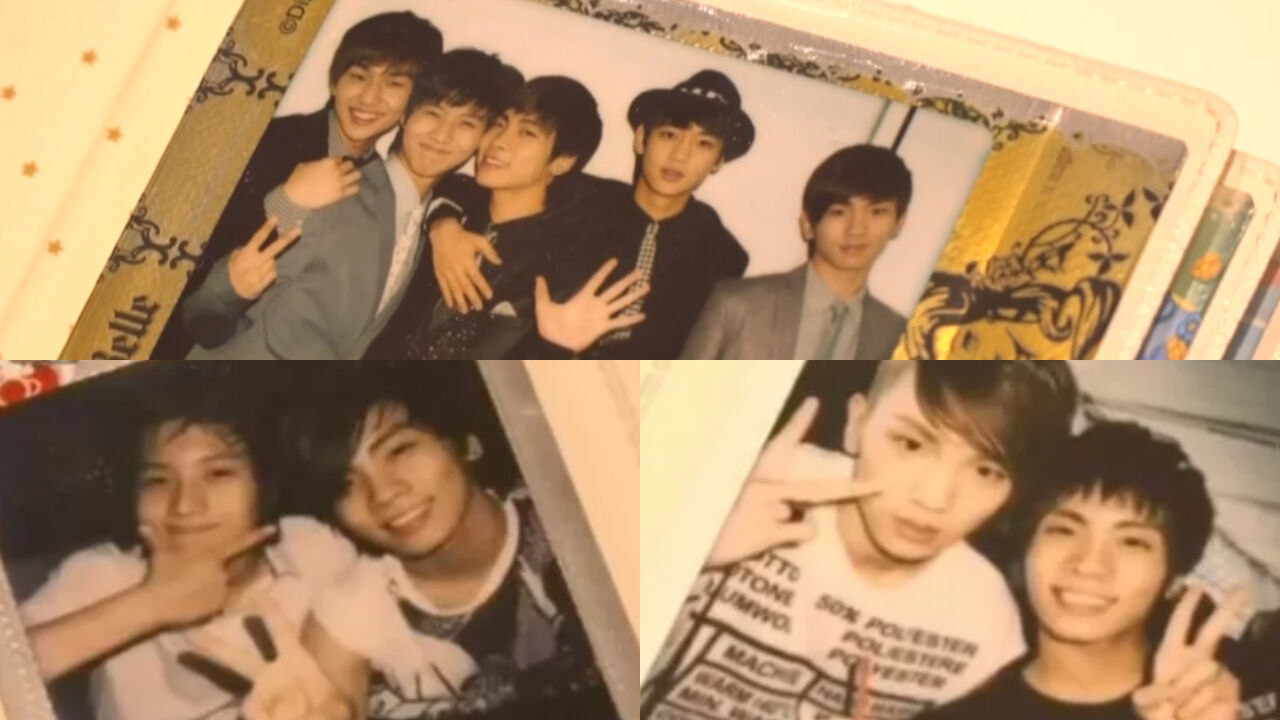 On May 28 episode of MBC's television show 'I Live Alone', KEY was seen visiting his fellow member TAEMIN's house.

While sitting down for a meal together, KEY showed TAEMIN an album.

In the album, there were Polaroids of the members of SHINee when they were still trainees.

There were also Polaroids from them not long after they made debut.

The photos showed KEY, TAEMIN, MINHO, ONEW and JONGHYUN smiling in happiness together.

KEY said, "I recently moved to a new place, and I found this album. It's my first time seeing it in like six years."

He resumed, "When I found it, I had a looked at it. I couldn't help myself from crying."

After looking at the album, TAEMIN commented, "Wow, this really was a long time ago."

He continued, "When I saw SHINHWA when I was young, they felt pretty old to me. But I feel like my hoobae K-pop stars would think like that about me."

SHINee members trained under SM Entertainment for years alongside each other, and debuted in May 2008.