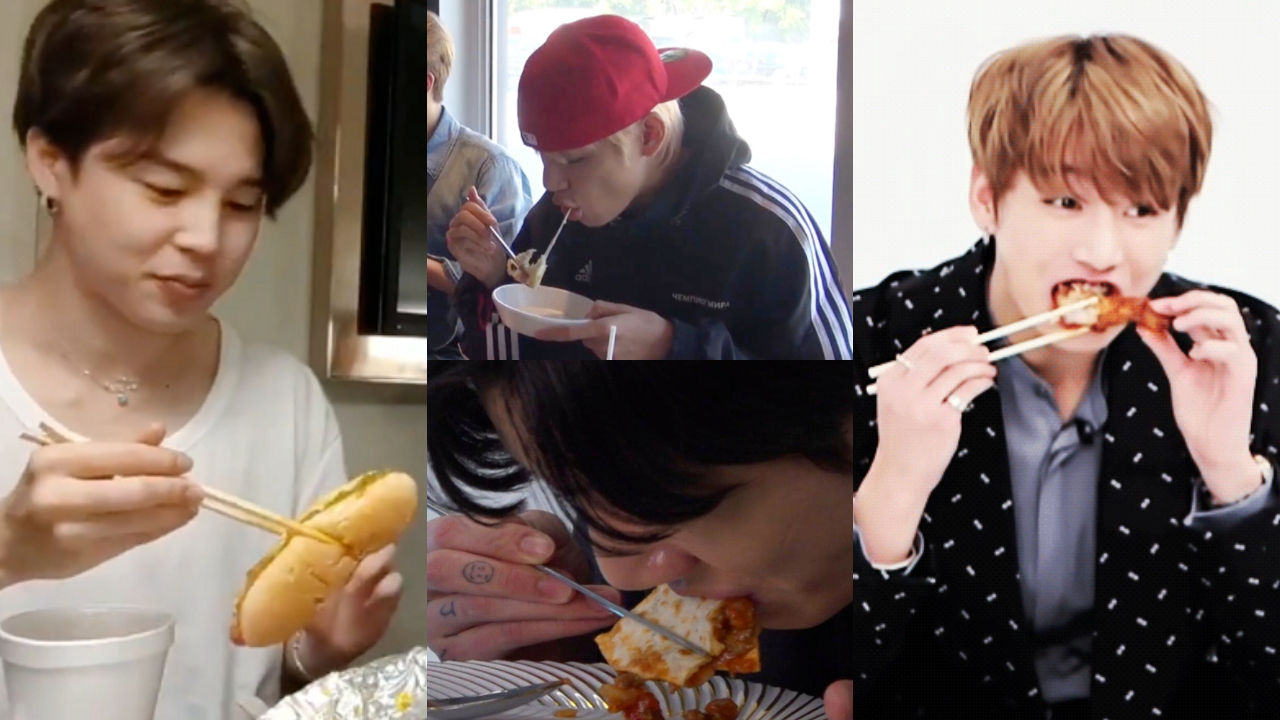 Non-Korean fans are shocked that the members of K-pop boy group BTS use chopsticks for literally all kinds of food.

Recently, one Korean fan of BTS shared a post online that compiled photos of BTS using chopsticks to eat.

In the photos, BTS was seen using chopsticks for foods that a lot of people, especially non-Asians, would think they would not be used for.

Those foods were like hot dogs, cakes, pizza, fried chicken, quesadillas and so on.

Not only did they naturally use the chopsticks for the foods, but they also looked like they were more than okay to use them for those foods.

The photos were not too surprising to Koreans, as Koreans tend to use chopsticks for all types of food.

But it seems as though it came as a surprise to non-Korean fans.

Upon seeing this post, they gave responses such as, "What? I can't even use chopsticks for my noodles!", "Next step: chopsticks for water.", "They are so Korean. I feel so confused watching them eating quesadillas with chopsticks...!" and so on.