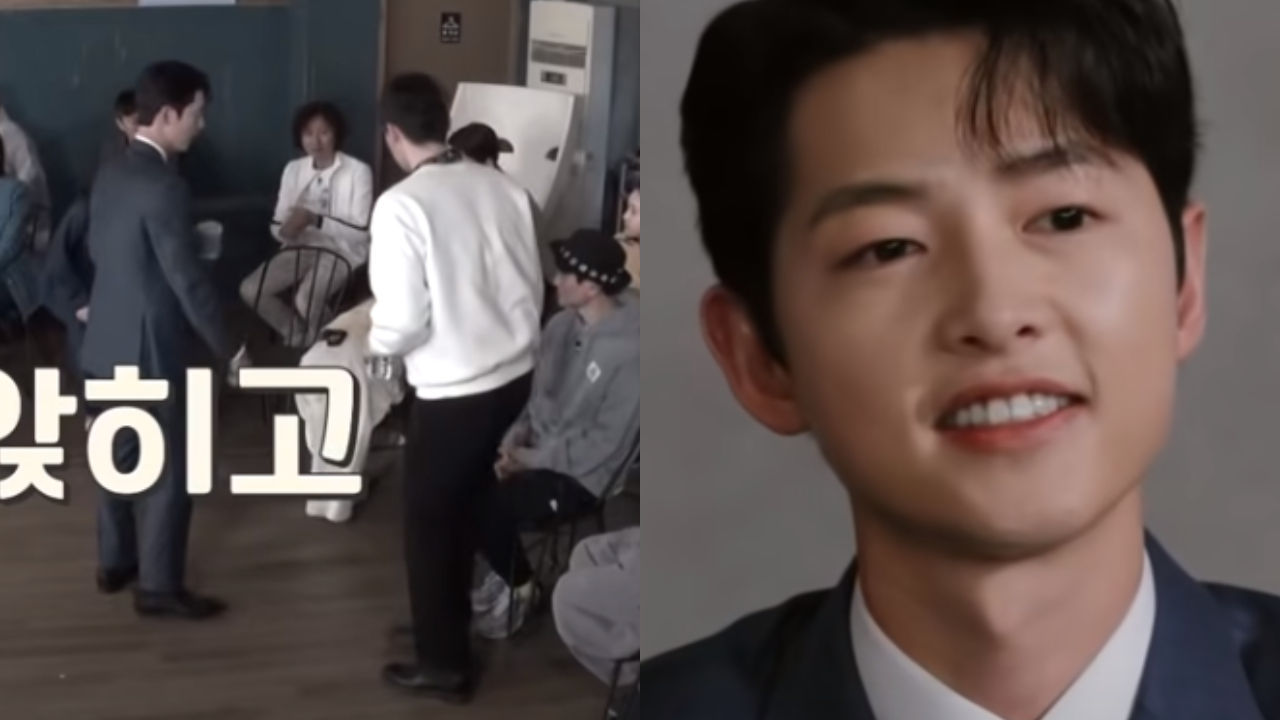 Actor Song Joong Ki demonstrated his love and care for his hoobae actor.

On May 2, a new video was uploaded on producer Na Young-seok's YouTube channel.

The video showed Song Joong Ki and the cast of the recently-ended drama 'Vincenzo' sitting down for a talk together.

There were 16 actors and actresses in total, and Song Joong Ki's seat was right in the center of everyone.

Before the talk began, Song Joong Ki looked around and spotted supporting actor Lee Dal sitting at the end of the row.

Lee Dal hesitated as he did not know whether it was okay to accept his offer.

But Song Joong Ki got up and walked over to his seat, then playfully commented, "It's okay, I'll still get more screen time than you here."

In this video, it was revealed that Song Joong Ki was called 'Captain Song' on site.

The reason why he was 'Captain Song' was because he took such great care of everyone, especially those who played supporting and minor roles in 'Vincenzo'.

All actors/actresses shared how amazing 'Captain Song' was, and Song Joong Ki shyly smiled to all those flooding compliments.