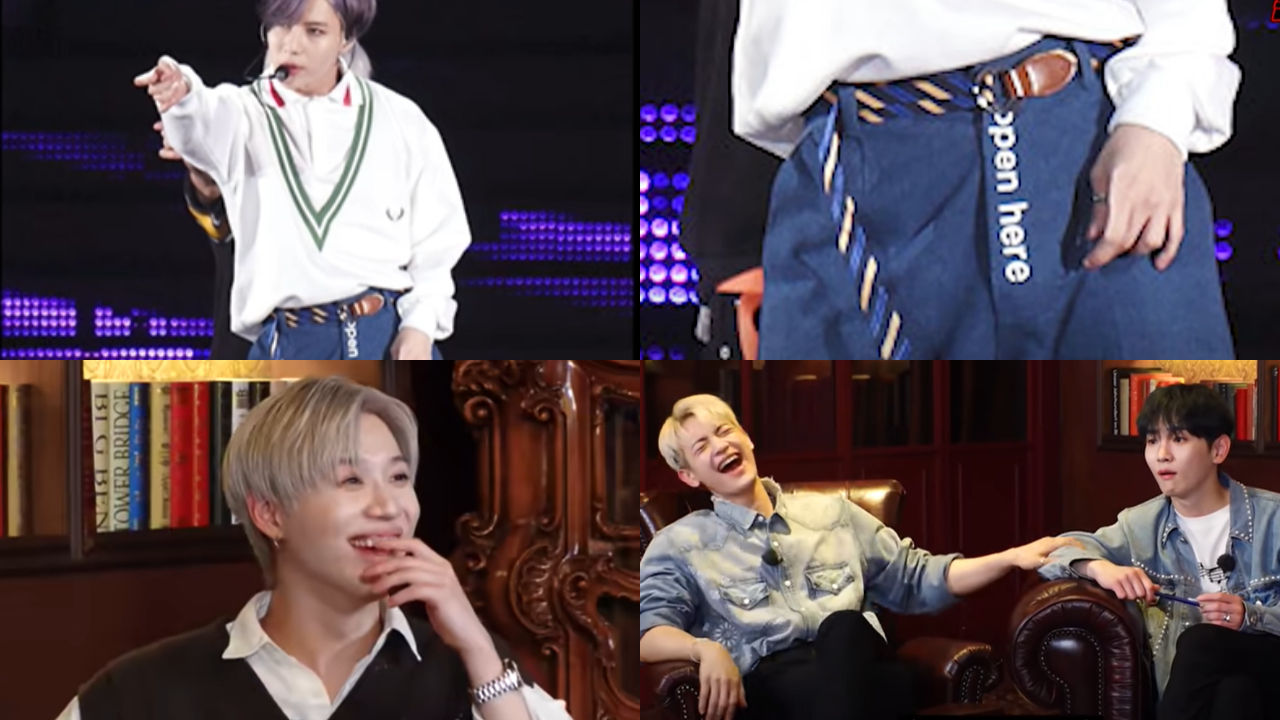 TAEMIN of K-pop boy group SHINee got shocked upon finding out that he wore 'open here' pants years ago.

During the show, the host Jaejae read out a comment made by SHINee's fan about performing 'View' again.

As TAEMIN nor the rest of members had no idea what pants the fan was talking about, the production team showed them a past photo of TAEMIN.

In the photo, TAEMIN was dancing to 'View' while wearing blue casual pants that said 'open here' in the middle over a fly.

When TAEMIN saw this photo, he responded, "What? Is that for real? I had no idea that was written there!"

MINHO and ONEW burst into loud laughter and had difficulties breathing properly for ages.

KEY just stared at the photo in shock, and said, "I'm so shocked that 'open here' was written right there."

Then, Jaejae laughingly commented, "It seems like a lot of fans were shocked by those pants. Make sure you don't wear them again."