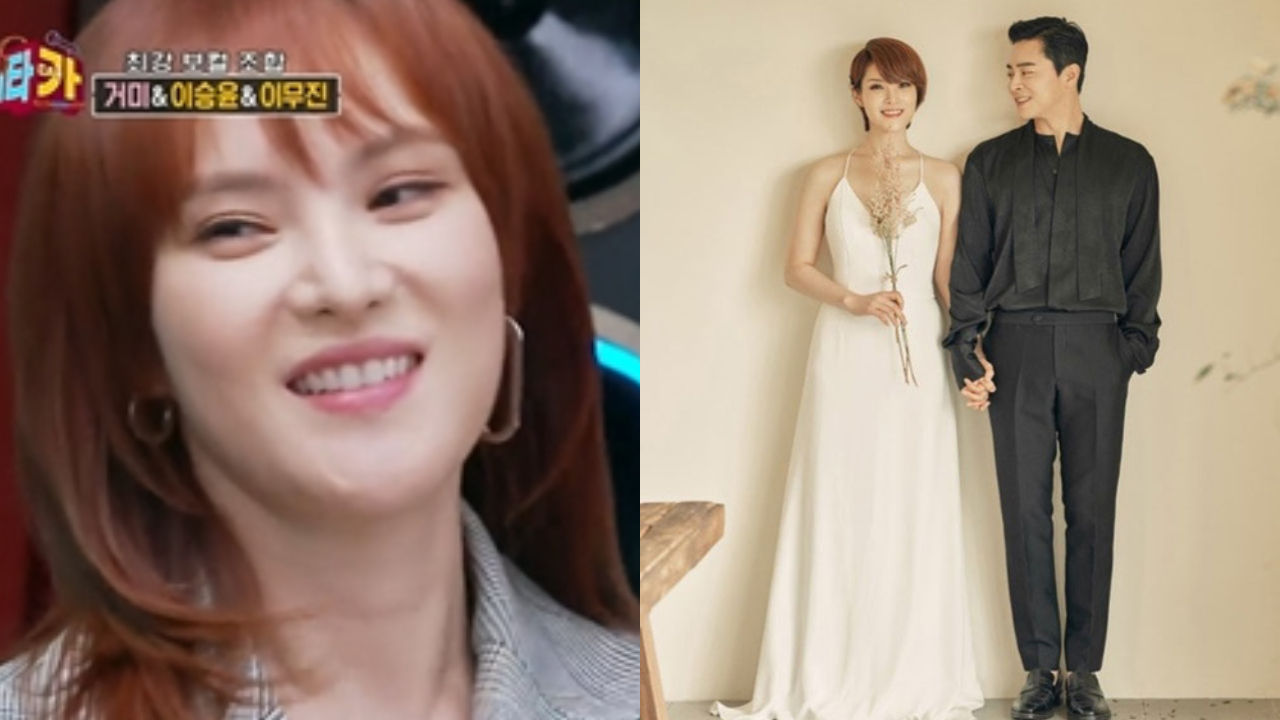 Singer GUMMY revealed who her daughter looks more like; her or her husband actor Cho Jung Seok.

During the talk, GUMMY talked about her 8-month-old daughter.

GUMMY said, "It's already been eight months since she was born. I love parenting. It almost feels like parenting is my kind of thing to do."

She continued, "Recently, I participated in shooting that lasted for hours. It was a cooking show, and I cried while talking about my daughter at that time."

She explained why she cried, "It was my first time being away from her for so long after her birth, and I missed her a lot."

Then, GUMMY was asked whether her daughter looked more like her or Cho Jung Seok.

GUMMY answered with a smile, "She definitely looks more like my husband. You know how people say the first daughter always looks like the father, right? I think that's right."

She resumed, "My husband is crazy about our daughter as well. For the first 100 days since she was born, we did nothing but take care of her. We became really good at parenting."

She added, "I tend to sing her slow songs as a lullaby. She listens to them carefully, then gradually falls asleep. Jung Seok sings her his own song 'Aloha' a lot."

GUMMY and Cho Jung Seok first met through a mutual friend in 2013.

After being together for about two years, they made their relationship public in 2015.

Then in October 2018, GUMMY and Cho Jung Seok married each other and their first child was born last August.