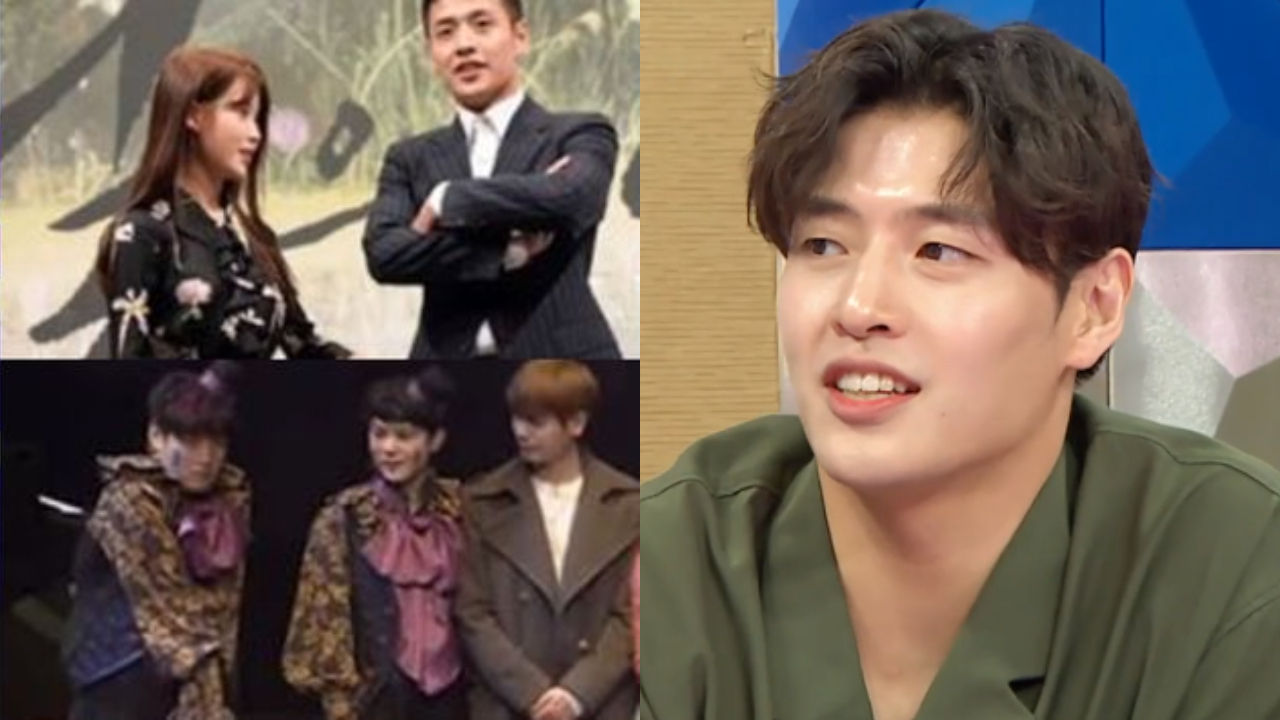 Actor Kang Ha Neul shared what went on behind his peculiar photos.

During the talk, one of the hosts Ahn Young-mi asked Kang Ha Neul about some of his photos that are going around online.

Ahn Young-mi said, "Ha Neul, do you know that these photos are circulating online with the title, 'Ha Neul is a little strange these days'."

In one photo, Kang Ha Neul linked his own arms together when a photographer asked if he could link arms with K-pop artist IU.

Kang Ha Neul laughed and answered, "Ah yes, I'm aware that these photos went viral. I did that on purpose. I wanted to break the ice."

He continued, "You know how press conferences are all quite formal and awkward, right? Even if I say something funny, nobody laughs."

He went on, "I just don't like that sort of atmosphere, so I tried to make people laugh a little by doing silly things."

Then, Kang Ha Neul clarified that he did not just do silly things during press conferences.

The actor commented, "Don't get me wrong though. I returned to my normal self after doing something silly; I took normal photos afterwards. I linked arms with IU, and put my shoulder close to the actress."