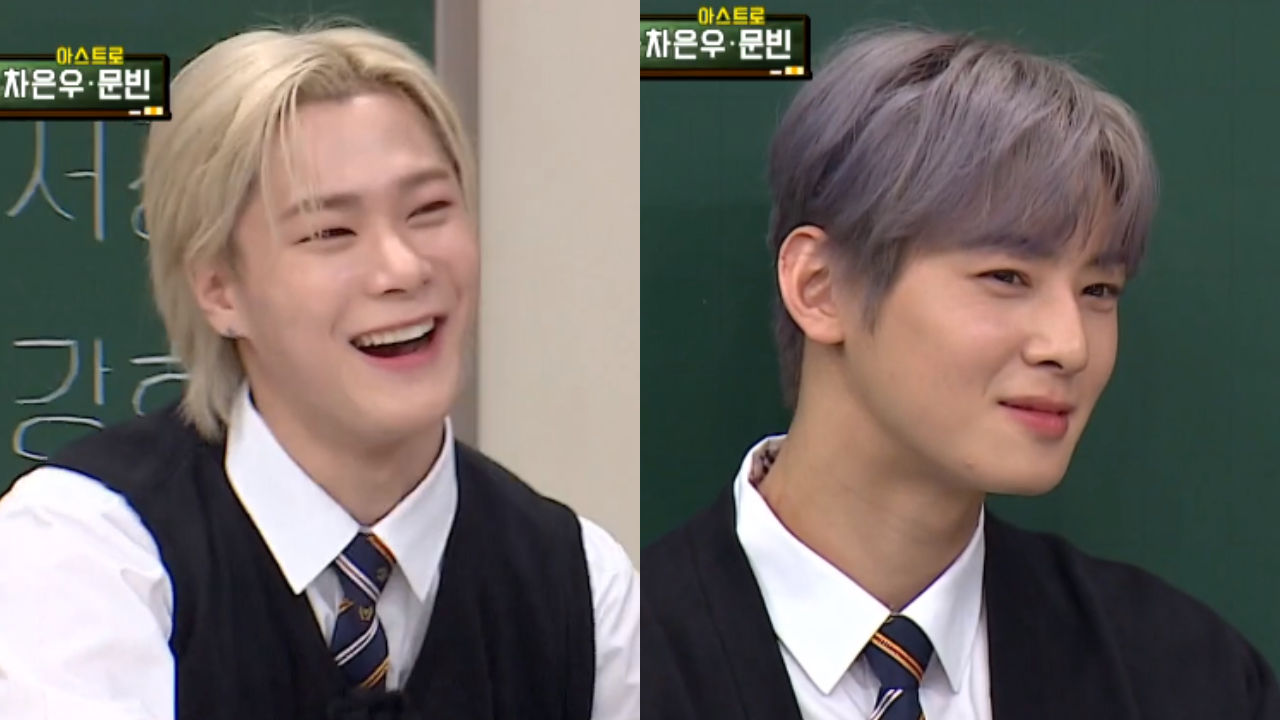 MOON BIN and Cha Eun-woo of K-pop boy group ASTRO shared the most embarrassing times of meeting their fans outside work.

During the talk, MOON BIN shared his recent experience of meeting his fan when he went to a hospital to get a colonoscopy.

MOON BIN said, "It was my first time getting a colonoscopy. When I was waiting to get it, a nurse came in and told me that she was my fan."

He continued, "As I was in such an awkward position, I felt so embarrassed. I was like, 'I really hope this will end soon.'"

He went on, "Right then, she played ASTRO's song 'No, I Don't' for me to relax. How could I relax?! I couldn't feel more embarrassed."

Then, Cha Eun-woo said he also once met a nurse fan when he went to the hospital.

Cha Eun-woo said, "One of the nurses said that she was a fan of mine, so I felt really proud and happy."

The K-pop star resumed, "I had to get a shot, and thought I was getting it on my bum for some reason. As soon as the nurse fan walked in, I just pulled my pants down and showed her my butt."

He added, "But then she said, 'It's for your arm.' So, I pulled my pants back up. It was genuinely embarrassing."