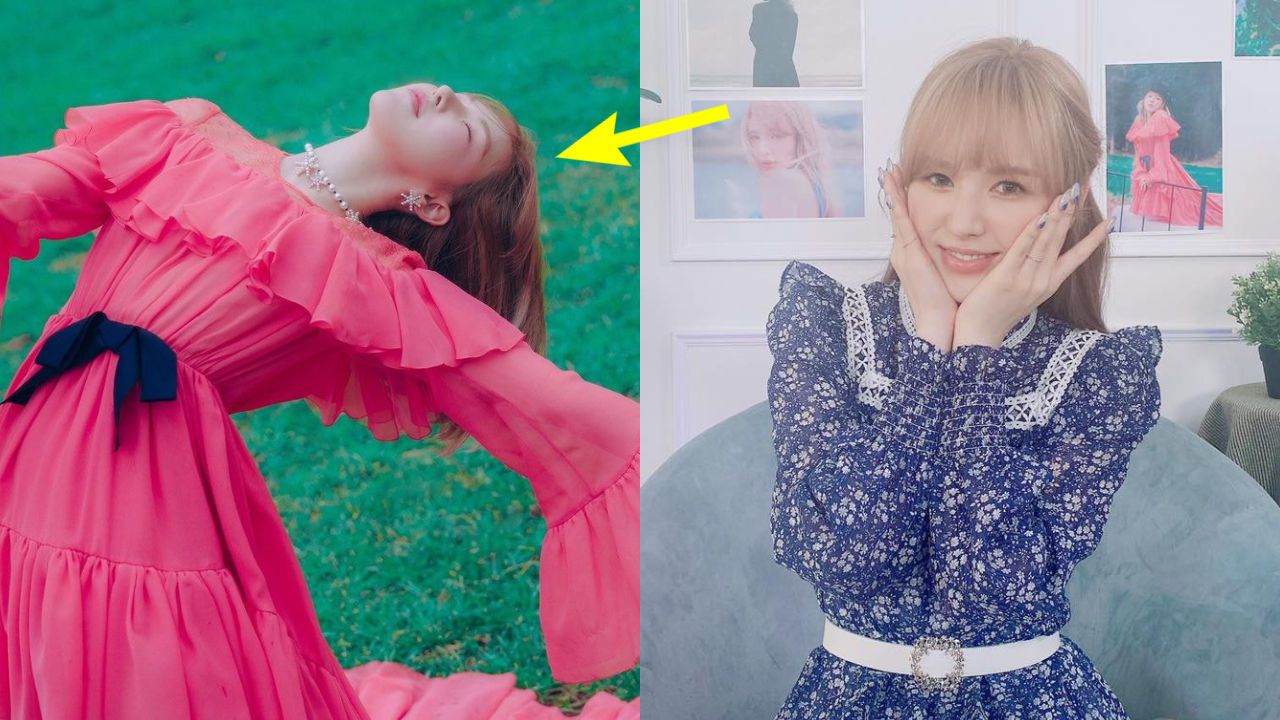 K-pop girl group Red Velvet's member WENDY shared what went on behind one of her eye-catching album cover photos.

On April 5, WENDY went live on NAVER V LIVE to talk about her newest release 'Like Water'.

During the live broadcast, WENDY shared an interesting story behind one album cover photo.

The photo was of WENDY leaning back on the grass wearing a red dress, which was released as part of the album teaser last month.

Even before she told what went on behind this cover photo, WENDY could not stop laughing for ages.

After calming herself down, WENDY said, "This photo didn't happen just like that. It wasn't all easy. I brought a photo that proves this."

In the photo, one male staff was seen holding WENDY's right arm while she leaned back as far as she could.

With a laugh, WENDY commented, "Isn't it surprising how this photo turned out to be such a gorgeous photo like this one?"

Back in the end of 2019, WENDY injured her face, pelvis and wrist while recording an annual music festival '2019 SBS Gayo Daejun'.

'Like Water' marks her return to the music industry in over a year.