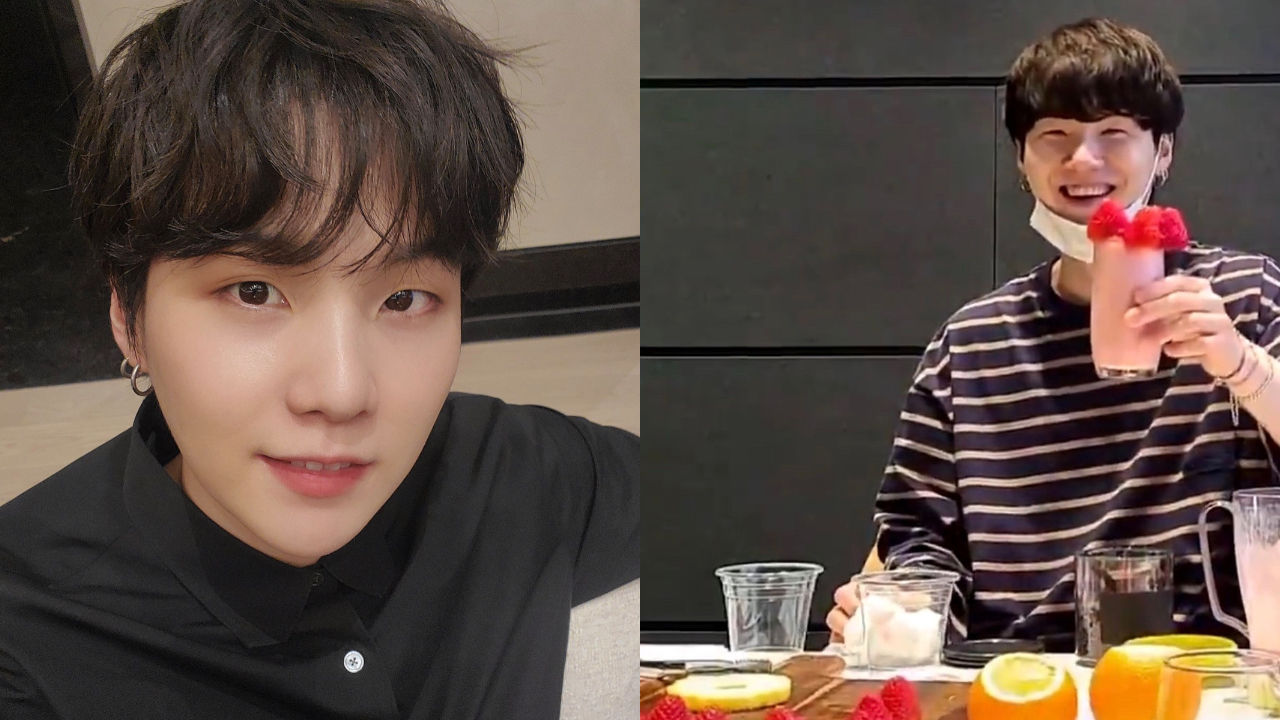 SUGA of K-pop boy group BTS revealed one thing that he cannot do since his recent shoulder surgery.

Recently, SUGA sat down for a live broadcast with his fellow members V and J-HOPE.

During the live broadcast, SUGA updated worried fans on how he has been doing since his recent shoulder surgery.

He first demonstrated some big movements with his shoulder, showing that he has no problem using his shoulder anymore.

However, SUGA revealed the most unexpected thing that he can't do after the surgery.

SUGA said, "After my surgery, I had to stop drinking coffee for a while. I waited for a few weeks and tried coffee again, but the caffeine was way too intense."

He explained, "When I first tried coffee after that, it made my heart beat crazy fast to the point I feel nauseated. It went on the entire day."

SUGA added that he even tries to avoid drinking tea with caffeine since he is so sensitive to caffeine these days.