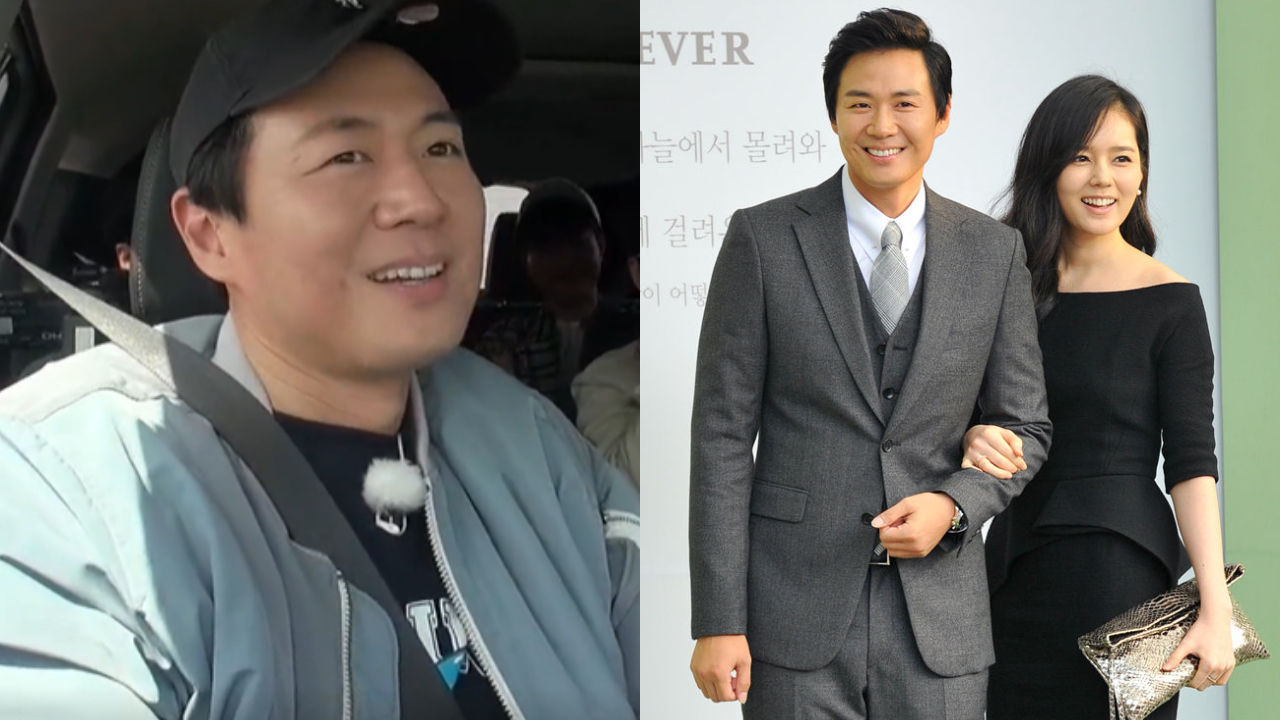 On March 28 episode of KBS' television show '2 Days & 1 Night', Yeon Jung Hoon revealed how him and Han Ga In began dating each other.

Yeon Jung Hoon said, "I met Ga In when we shot 'Yellow Handkerchief' together in 2003. When I first met her, I didn't have any feelings for her. It wasn't like I fell in love with her at first sight."

He continued, "There was this one spring day, Ga In had cut her bangs. On that day, we filmed a scene where we met and spent time at a coffee shop. When I saw her at that time, I was like, 'Wow, she's so beautiful.'"

He went on, "She was like shining. I mean, she was already shining before, but she was just too pretty on that day. I totally fell for her. I felt the urge to do something about it."

Then, Yeon Jung Hoon said that he asked her if she was okay with having dinner with his staff and her staff that evening.

Yeon Jung Hoon said, "While at dinner, I couldn't get my eyes off her. But the dinner ended, and I couldn't make any move. After I got home, I just called her."

He resumed, "It took me a while to tell her my feelings, but I managed to do it over the phone in the end. I asked her out, and she said yes."

When asked how Han Ga In responded, Yeon Jung Hoon commented, "She was like, 'Why are you asking me this now?' as if she was waiting for me to say that to her."

The actor carried on, "I did like her before that day, but I think I wasn't sure about my feelings. I was also a little cautious. I guess I wanted to wait for the right moment."

Yeon Jung Hoon and Han Ga In got married in May 2005, and they have two children―one girl and one boy.