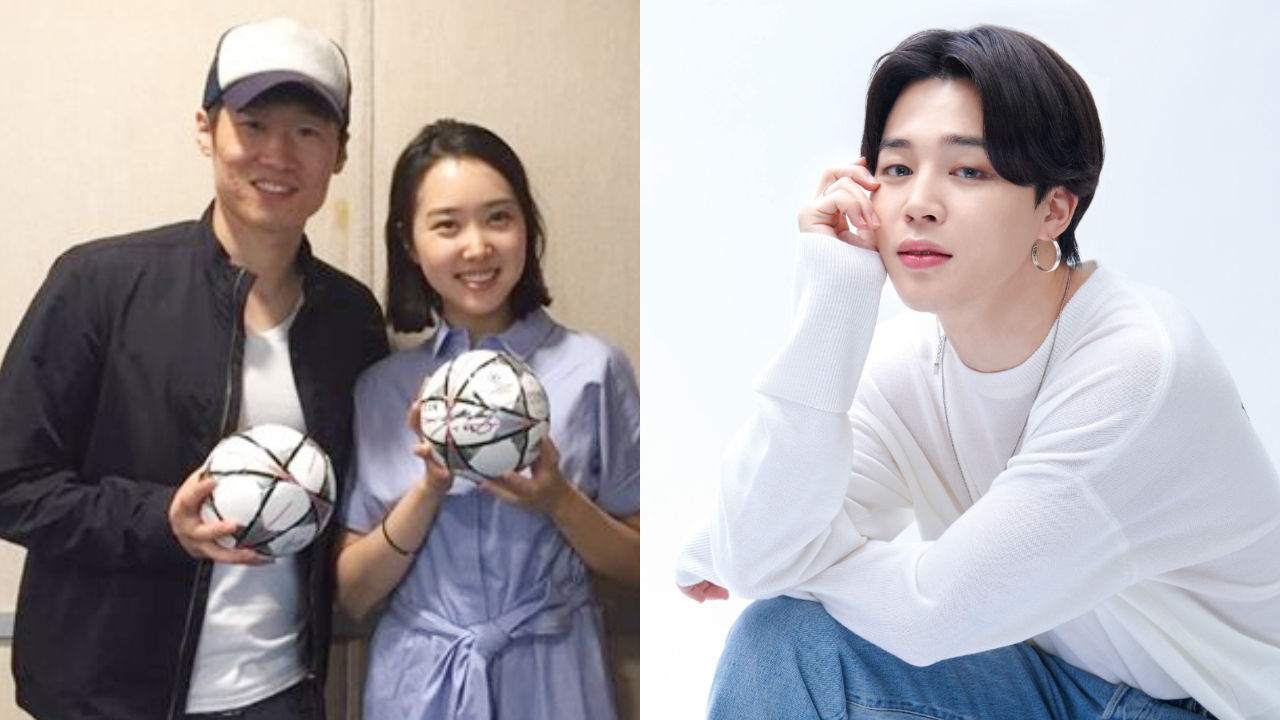 Kim MIn-ji said, "You probably aren't going to like it if I say this, but JIMIN actually wore the same sweater in the past."

Park Ji-sung responded, "Are you guys close? You sound like you personally know JIMIN or something."

Kim Min-ji laughed and commented, "I do. I mean, it's like I almost do. You know how your fans talk to you as if they personally know you, right? It's like that."

Then, Park Ji-sung said with a bit of jealousy in the tone of his voice, "You haven't even met him in real life before."

Kim Min-ji is known to be a huge fan of BTS; she previously shared a video of herself going to BTS' concert tour 'LOVE YOURSELF: SPEAK YOURSELF' in London, England.