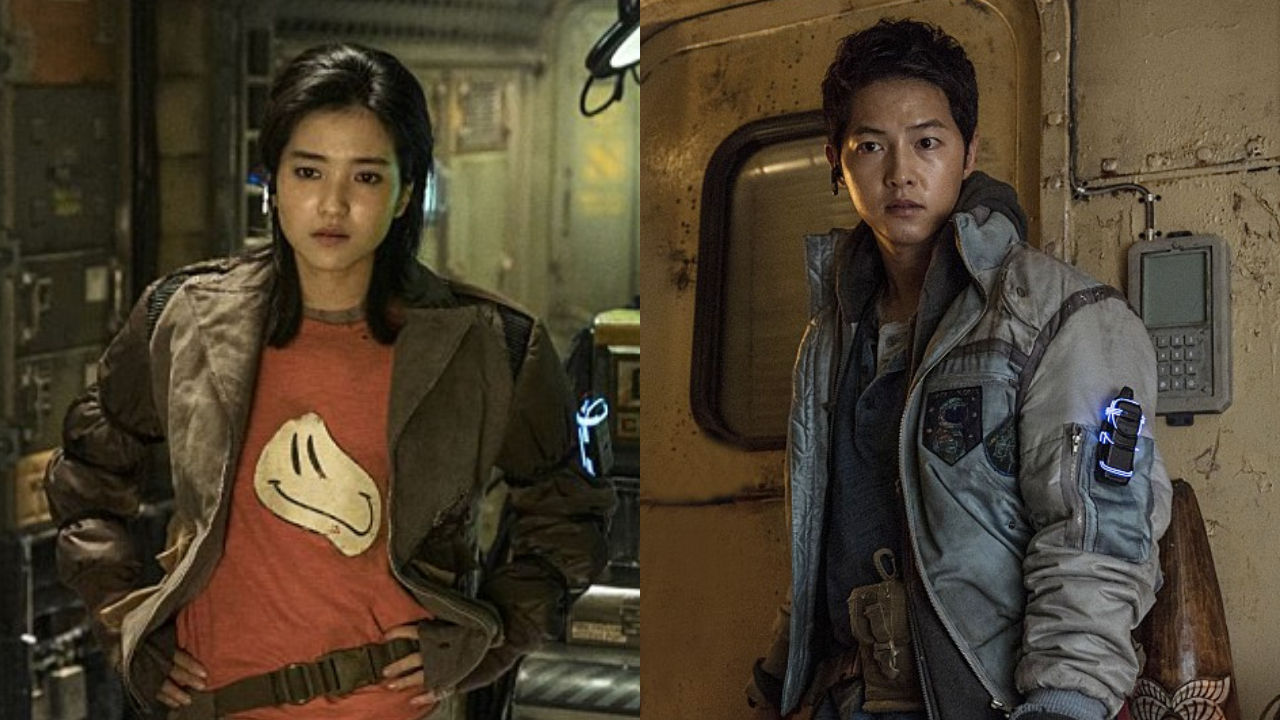 On February 15, Kim Tae Ri sat down for an online interview with the press to talk about her recently-released movie 'Space Sweepers'.

During the interview, Kim Tae Ri shared what it was like to work with Song Joong Ki.

Kim Tae Ri said, "Not only was it my first time meeting Joong Ki, but also my first time working with him. But I was able to work very harmoniously with him."

Then, Kim Tae Ri revealed she tried to figure out why that was the case.

The actress said, "I realized that I felt that way whenever I saw him working with others."

She resumed, "Throughout the shooting, I spotted Joong Ki getting along with everyone including the cast and production team so well. He was skillfully leading them as well."

She went on, "I'm the captain of the spaceship in the film, but I felt like that role actually suit him better seeing him on site."

'Space Sweepers' is the first-ever Korean space movie that was unveiled on Netflix on February 5.