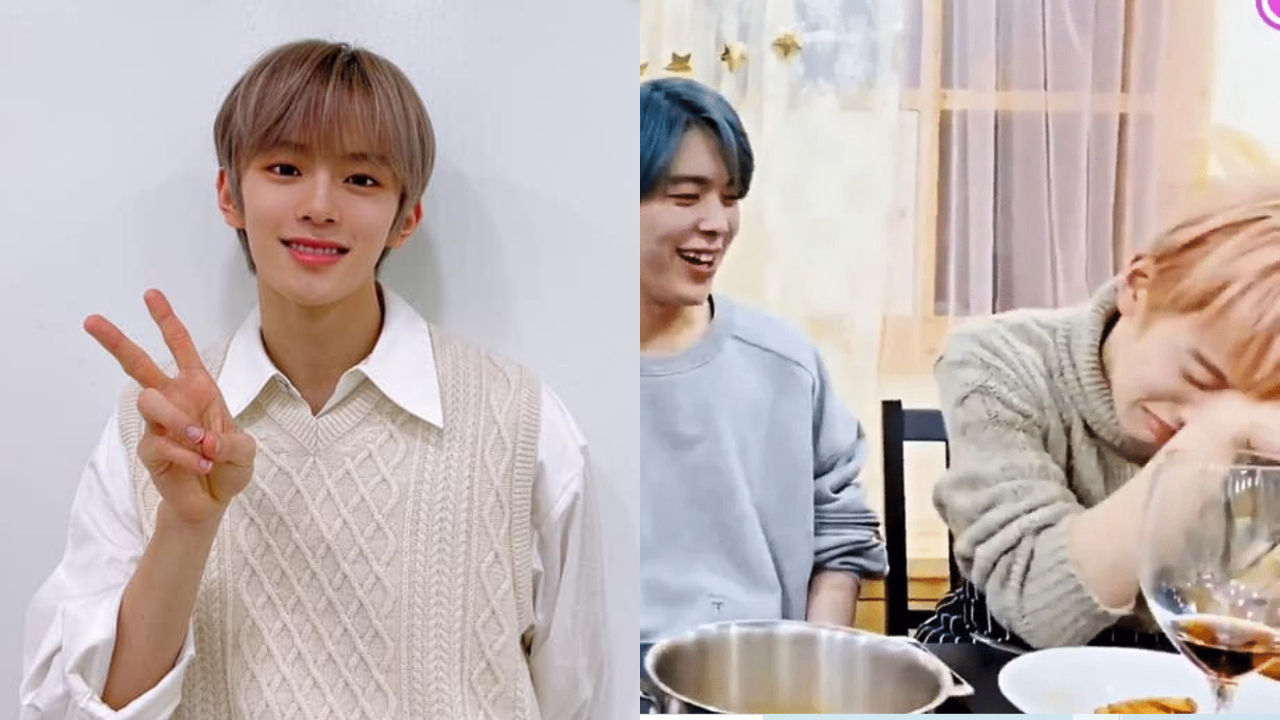 KANGMIN of K-pop boy group VERIVERY was seen crying his eyes out during a live broadcast.

Not too long ago, the members of VERIVERY went live on NAVER V LIVE for a cooking show.

While doing so, KANGMIN accidentally hit his wine glass off the table, causing it to shatter on the floor.

KANGMIN ends up sitting on a seat for tasting without a proper clean-up due to limited time.

Soon after he sat down, KANGMIN said, "I think I'm going to cry.", and burst into tears.

When the members asked him if it was because he knocked over a wine glass and shattered it, he nodded.

KANGMIN also said, "It's also because our manager has to pick the glasses up and mop the floor for me."

As the members listened to him, they could not stop laughing at KANGMIN's cuteness.

A little while later, KANGMIN was able to calm himself down and continue enjoying his food.