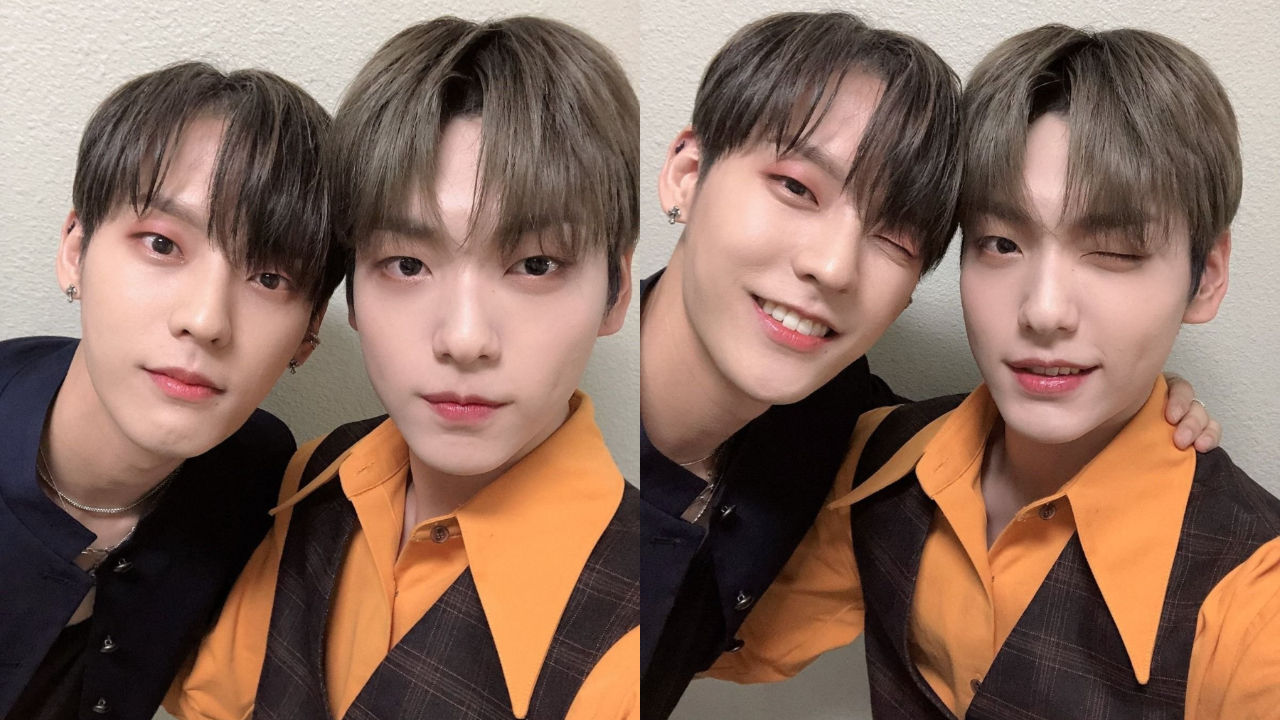 One of the most lookalikes in the K-pop industry Lee Minhyuk of boy group BTOB and SOOBIN of boy group TOMORROW X TOGETHER (TXT)'s selfies together are in the center of attention.

After the show, Lee Minhyuk and SOOBIN shared their selfies together online that many fans had desperately been waiting for.

Even before debut, SOOBIN's amazingly similar look to Lee Minhyuk was very much talked about.

A great number of K-pop fans waited to see them side by side, and the day had finally arrived.

In the selfies, they put their heads together and made cute poses.

These selfies really seemed to prove their amazing resemblance.

They looked so similar to each other that it seemed like they could even almost pass as twins.

Not only did they have similar facial features, but also gave off the same kind of vibe.

After seeing these photos, fans left comments such as, "Wow, are they doppelgängers?", "How are they this similar? I mean, they almost look the same!", "They need to get their DNA tested!" and so on.