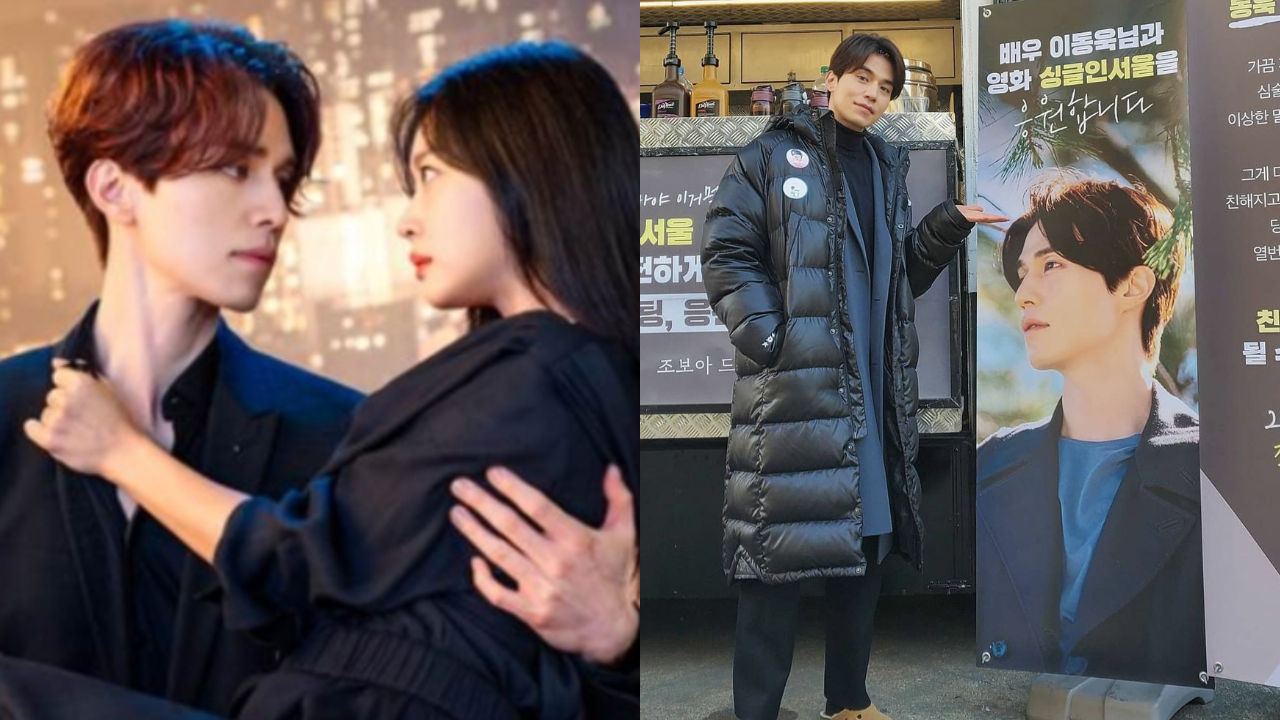 On January 11, Lee Dong Wook updated his Instagram with some new photos.

The photos showed Lee Dong Wook posing in front of a snack truck with a big smile on his face.

He was wearing a long black padded coat to keep himself warm in this cold weather.

The snack truck provided various types of snacks and drinks for Lee Dong Wook, the other cast and staff of an upcoming movie 'Single in Seoul' (literal translation).

It turned out the snack truck was from Cho Bo Ah, who Lee Dong Wook starred in his recently-ended drama 'The Tale of a Gumiho' together.

Next to the snack truck, there was a message from Cho Bo Ah that said, "Dong Wook may get annoyed at you or say weird things every now and then, but that's actually his way of trying to get close to you."

It also said, "You'll be able to become good friends with him if you bear those moments about 10 times!"

Not long after Cho Bo Ah came along and left a comment, "Hahahaha I hope you were able to get energy from it!"