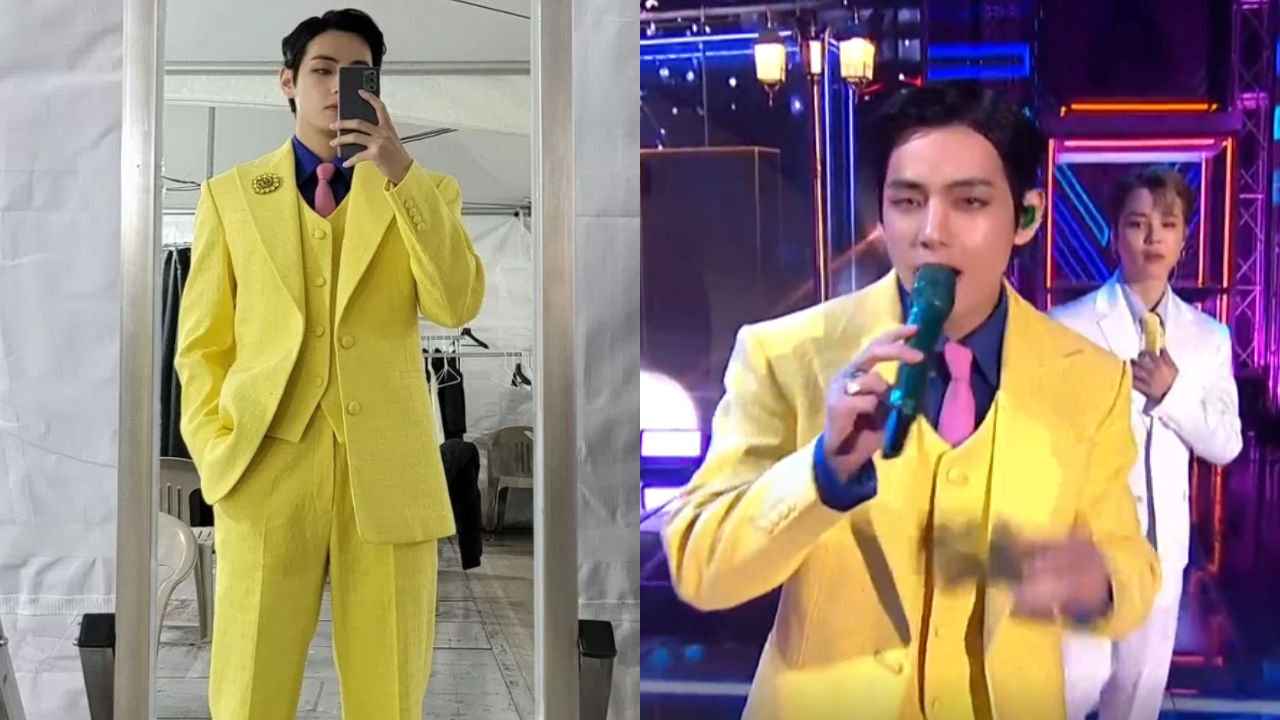 V of K-pop boy group BTS surprised everybody with how well he pulled off an old-fashioned yellow suit.

On this day, the members of BTS all suit up for the event.

Out of the seven members' outfit, V's yellow suit caught the attention of many people.

It was because not only the color but also the style of the suit was completely out of fashion.

Despite that though, V managed to pull if off flawlessly.

He somehow managed to look so incredible in it that made a lot of people give him the thumbs up.

After watching BTS' performance at the awards ceremony, fans left comments wowing at his appearance.

They said, "Only V can pull that suit off for sure.", "How does he seriously look so great in that nasty suit? LOL", "There is nothing V can't pull off!" and so on.