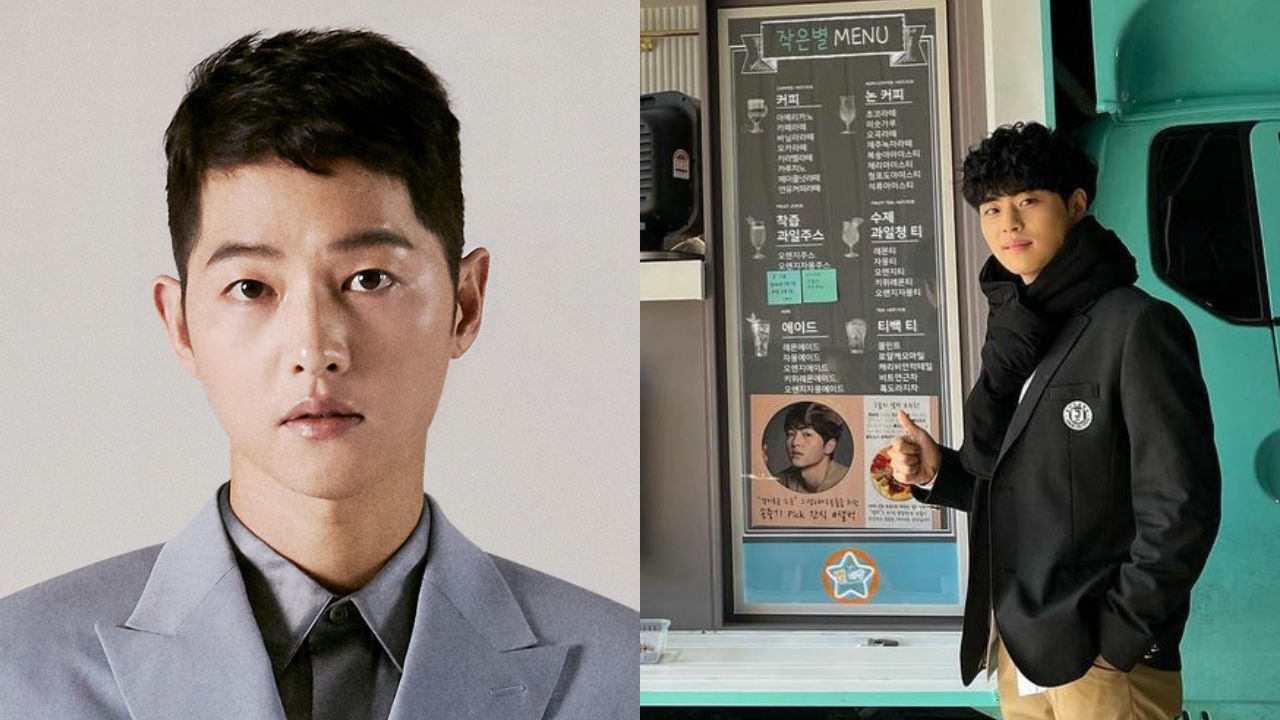 Actor Song Joong Ki sent a snack truck to another actor Cho Byeong Kyu to show his support for him and his current drama.

The photos were of Cho Byeong Kyu posing in front of a mint green snack truck.

In the photos, he raises his thumb up with a bright smile on his face.

The messages on the snack truck said, "I support Cho Byeong Kyu and all members of 'The Uncanny Counter' team. From Song Joong Ki."

Under this post, "Amazing Joong Ki hyung, thank you. I'll wrap up the drama well."

Even though it has almost been two years since they finished filming 'Arthdal Chronicles', it seems like their friendship still continues until this day.