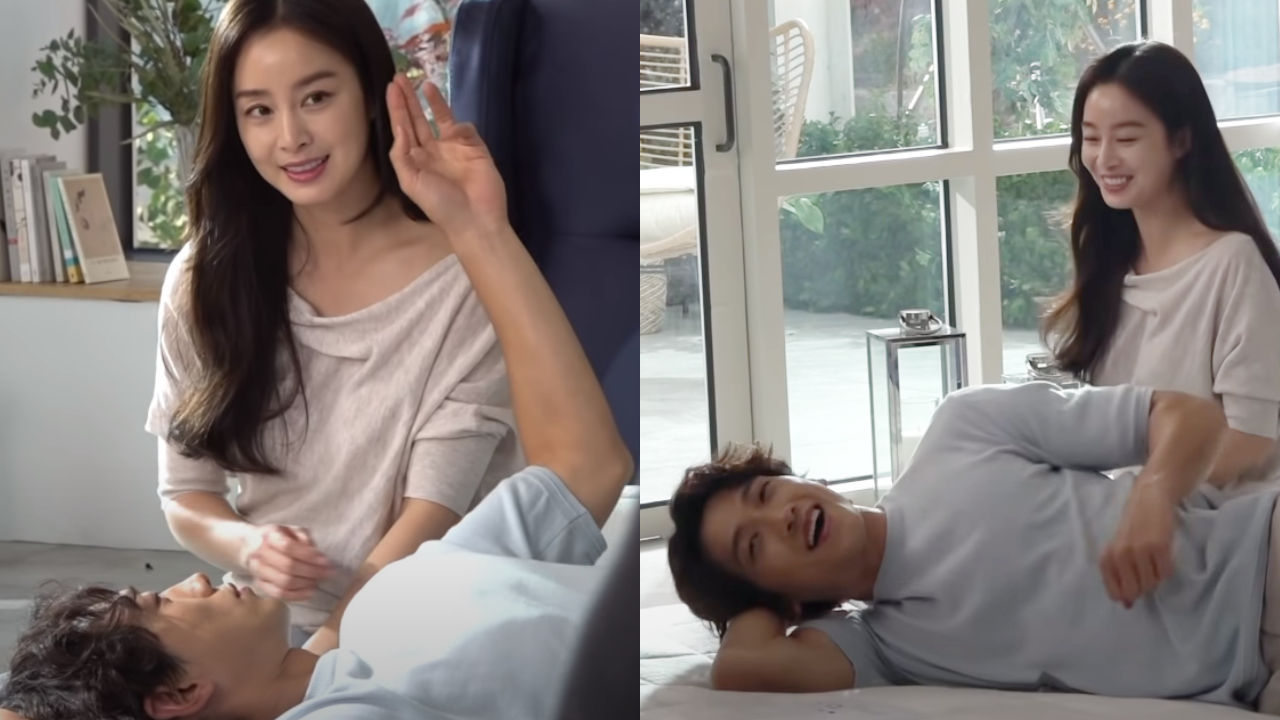 The celebrity couple singer RAIN and actress Kim Tae-hee were seen all lovey-dovey during the shooting of their commercial.

Recently, RAIN and Kim Tae-hee shot their first commercial together since their marriage in 2017.

It was for a mattress, and attracted a lot of attention as they looked so affectionate in the commercial.

Then on January 6, the mattress company shared a behind-the-scenes footage from their commercial.

In the footage, RAIN and Kim Tae-hee constantly held their hands during breaks.

Not only that, but they also laughed at each other's playful moves and looked at one another with eyes filled with love.

At one point, RAIN even asked the production staff after catching a glimpse of Kim Tae-hee, "Isn't she beautiful?"

He asked the director whether he thought Kim Tae-hee was doing well as well.

This footage well-showed how much they were in love with one another, and is making many fans smile.