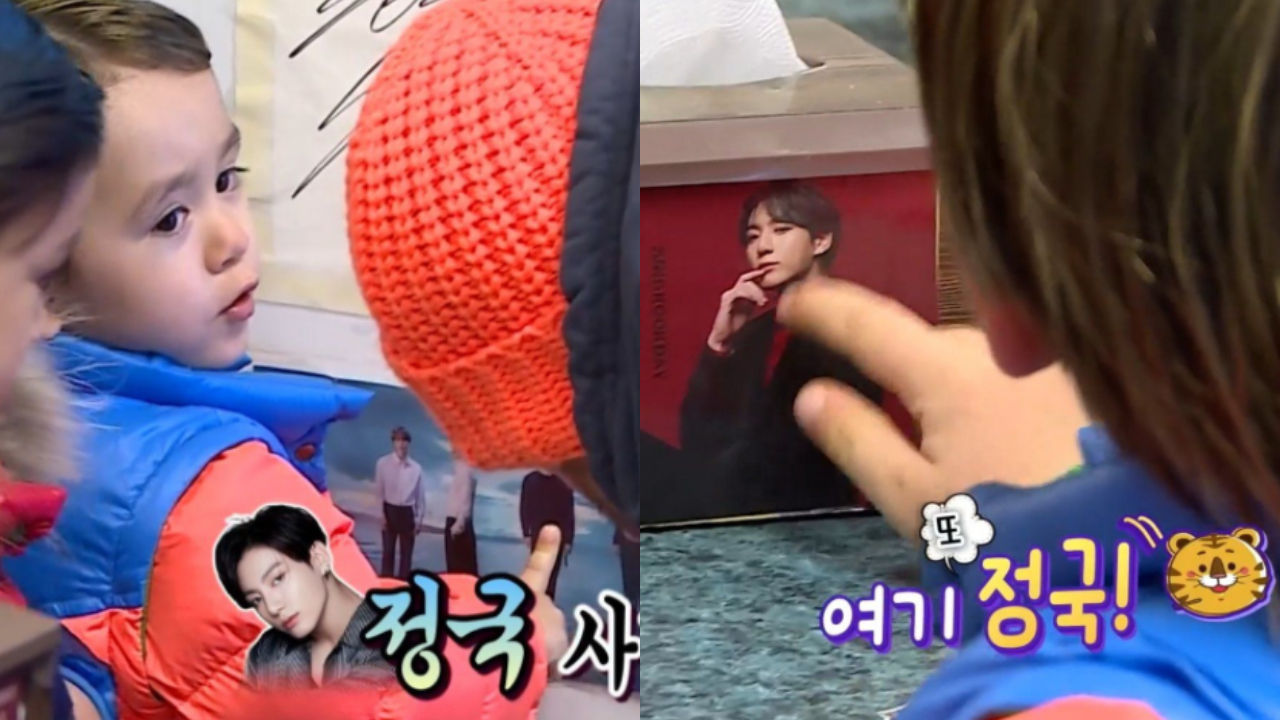 On January 3 episode of KBS' reality show 'Return of the Superman', the Hammington family visited one special restaurant.

The restaurant was decorated with photos of BTS everywhere from the walls to tissue boxes.

Since Bentley Hammington and his older brother William Hammington are huge fans of BTS, they got really excited as they entered the restaurant.

As the two boys looked around, Bentley Hammington kept pointing at photos of JUNGKOOK even though there were photos of all other members of BTS there.

Whenever he found a photo of JUNGKOOK, he pointed at the photo and shouted, "It's JUNGKOOK!"

This showed how much love Bentley Hammington has for JUNGKOOK, and it made a lot of ARMY (the name of BTS' fandom) smile ear to ear.

They left comments such as, "Bentley is JUNGKOOK hunter!", "This is adorable! Can't stop watching it over and over again!", "I'm suprised that he managed to distinguish JUNGKOOK in a group photo without getting confused. Bentley must love JUNGKOOK very much!" and so on.


(Credit= KBS Return of the Superman)