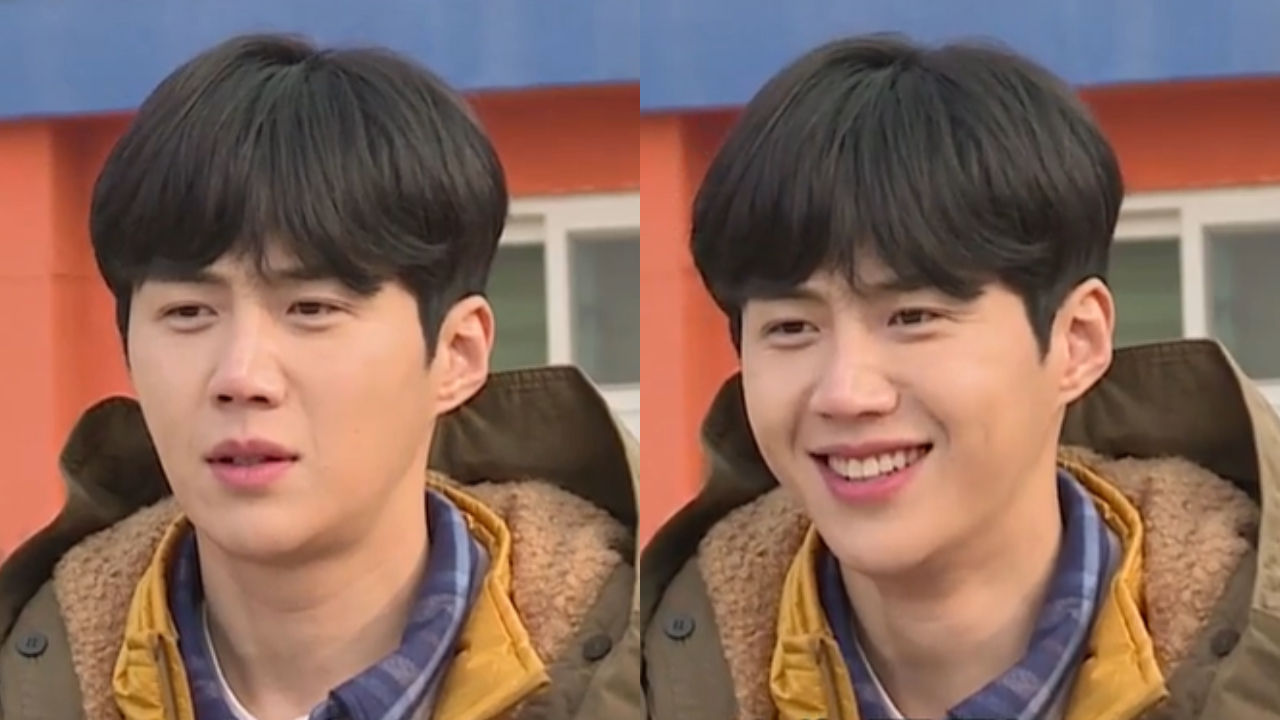 Actor Kim Seon Ho shared what warning he got from his agency recently.

While having a staring contest, singer Kim Jong-min revealed his trick to win the contest; rolling his eyes upward to Kim Seon Ho.

As Kim Seon Ho heard this, he immediately tried rolling his eyes and said, "Isn't this sort of cheating in a way? But it looks like it may actually work."

Kim Jong Min looked at him, and commented with a worried look on his face, "Are you going to be okay though? I'm concerned about your image."

Then, Kim Seon Ho suddenly stopped what he was doing as if he remembered something and said, "Oh, that's right. I shouldn't be doing this."

He laughed and explained, "My agency gave me a warning the other day. They told me not to pull weird faces in front of camera."

He resumed, "They said it is all good for me to do my best, but I must not do anything silly with my face."