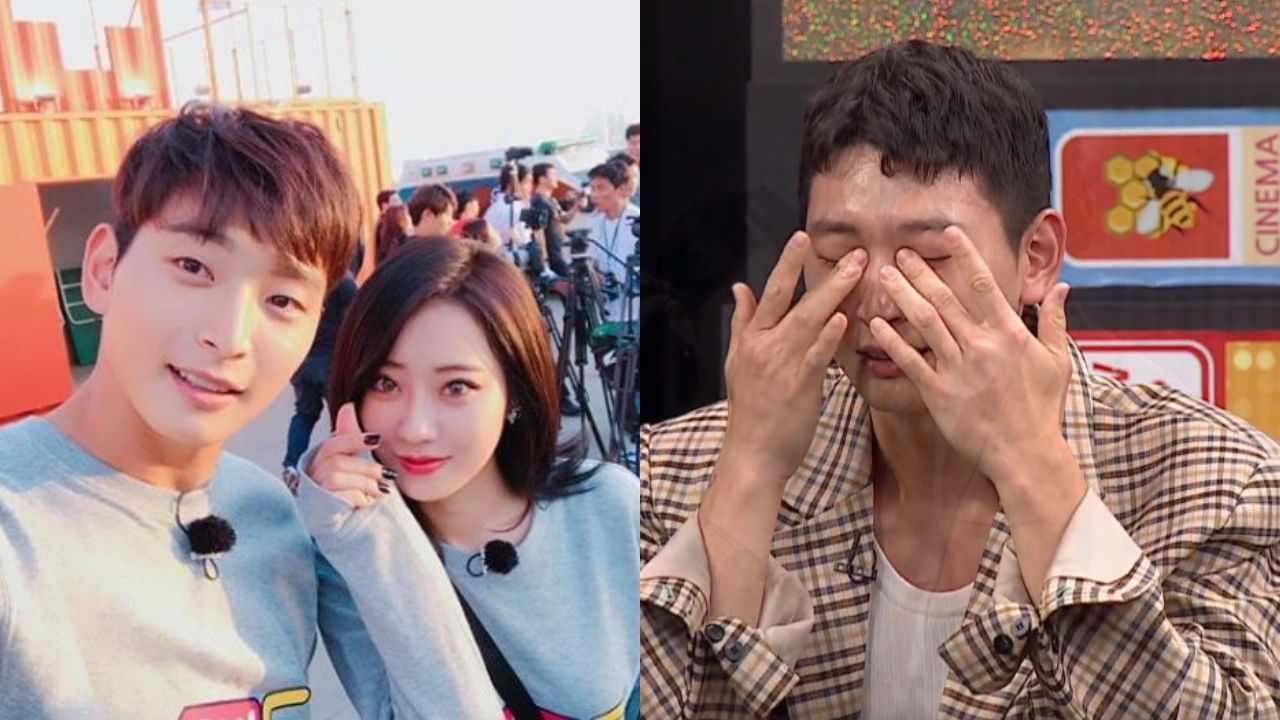 Jeong Jinwoon of K-pop boy group 2AM shed tears as he thanked his girlfriend Gyeong Ree of disbanded girl group 9MUSES for all the love and support that she gave him during his military service.

As it has only been about a month since Jeong Jinwoon discharged from the military, a lot of military-related questions were thrown at him.

The most unavoidable questions were the ones regarding Gyeong Ree, who waited for him to complete his service for a year and seven months.

When asked how he felt to enlist in the military leaving Gyeong Ree behind, Jeong Jinwoon answered, "I actually thought about breaking up with her."

He continued, "I felt terrible. I felt bad that she had to wait for me. So, I told her, 'It may not be a bad idea to go separate ways now while we still have a good relationship.'"

He went on, "But Gyeong Ree said she would try waiting for me. We were able to date this long all thanks to her. I honestly can't thank her enough for her efforts."

Then, Jeong Jinwoon was asked to send a thank you video message to Gyeong Ree, and that was when he suddenly burst into tears.

Jeong Jinwoon explained, "Our relationship was reported while I was in the military. I just remembered the time when she had to go to interviews answering difficult questions without me around."

He continued, "Gyeong Ree came to visit me a lot. She only missed like two or three visiting hours. My heart fluttered whenever she came to see me. I could go back to the military just to feel those feelings again. I was that happy."

After this, he looked at the camera and commented, "Thank you. I love you very much."

Back in November 2019, it was reported that Jeong Jinwoon and Gyeong Ree were dating each other.

Following the report, they both admitted that they were in a relationship since the end of 2017.