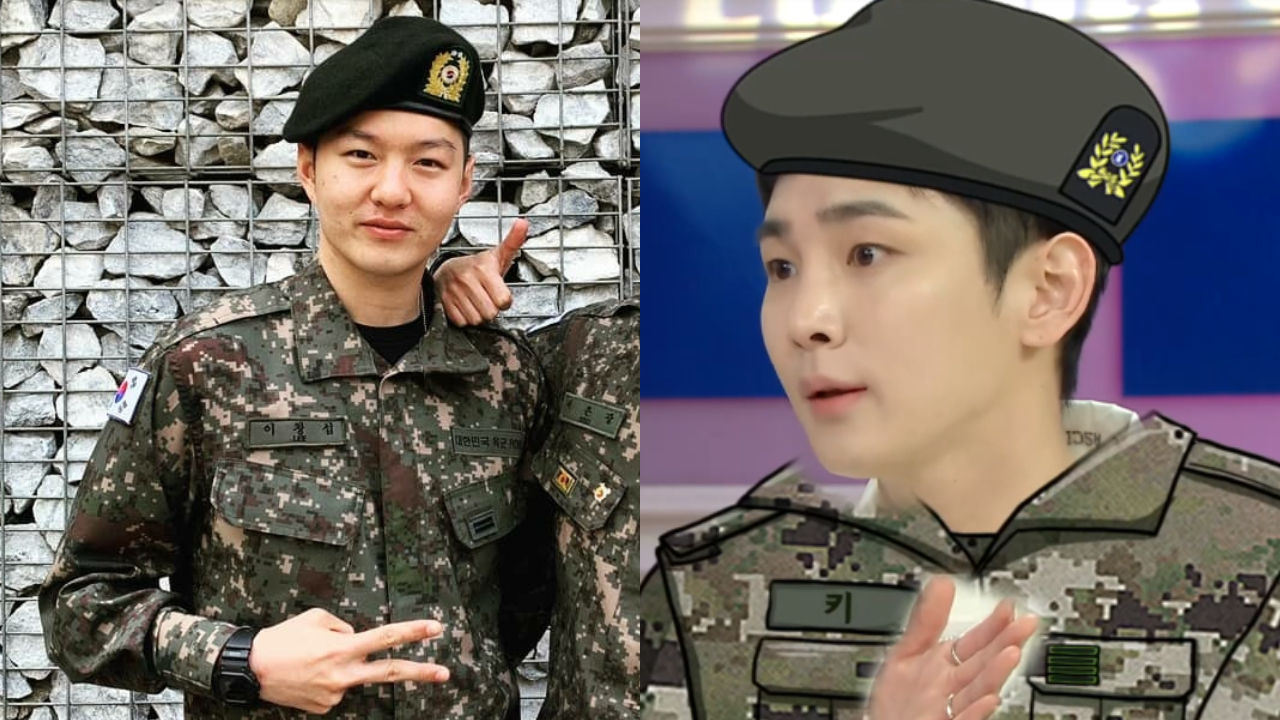 KEY of K-pop boy group SHINee talked about the time when he was extremely annoyed with Lee Changsub of another boy group BTOB when they were in the military together.

During the talk, KEY shared how much he liked being in the military.

KEY said, "I like the simplicity of the military life. Before I went to the military, I always worried about everything I did. But all I had to do was to just follow orders well in the military."

Then, KEY told what it was like to be serving his military duty along with Lee Changsub.

KEY said, "Changsub joined the army before I did, so he was in the higher rank than I was, which meant that I had to obey his orders."

He continued, "Not only Changsub and I are the same age, but I actually entered the K-pop scene way before him though."

He went on, "We performed at a military concert every now and then. I used to get ready for the concert a week in advance, but Changsub kept procrastinating the preparations until only like two days before the concert."

The K-pop star resumed, "Once, I ended up getting the script as well as outfit ready. As I went to his room to hand him the script and outfit, he was taking a nap."

He added, "I got so furious. I really wanted to be impolite to him then. But couldn't do that, you know. I put the script and outfit down hard, and said in a really annoyed voice, 'Here. I did everything.'"