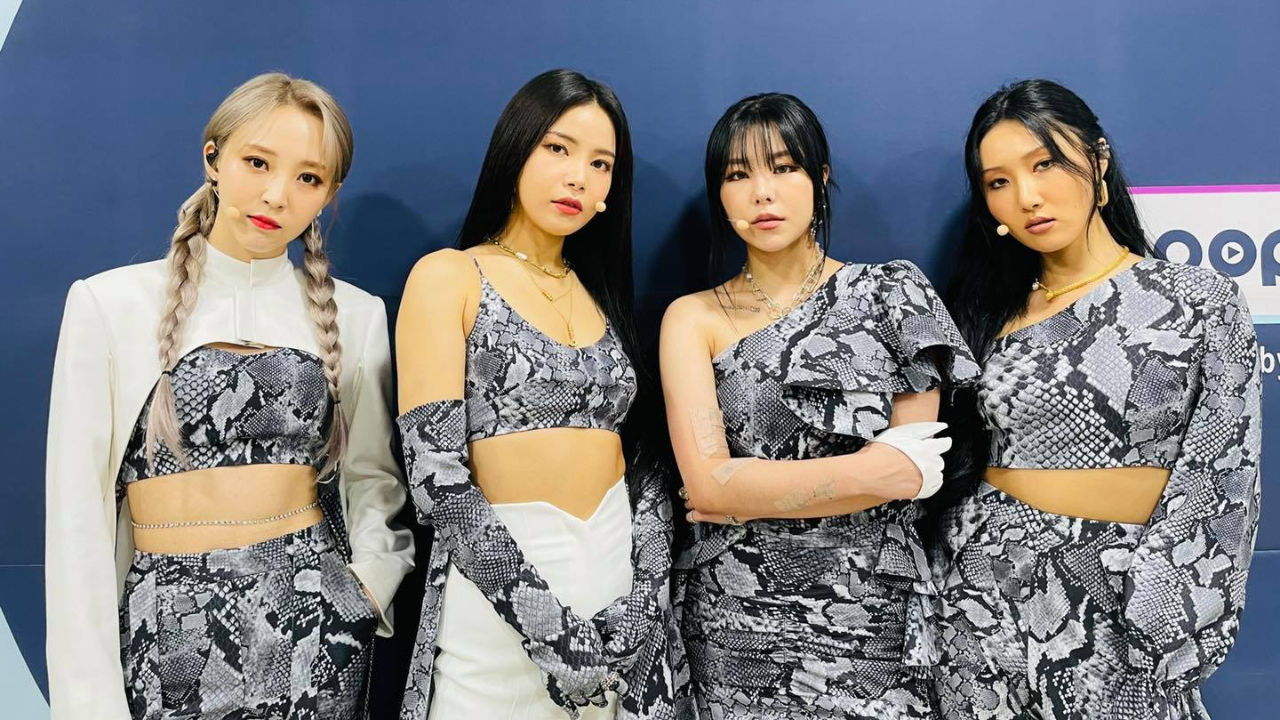 K-pop girl group MAMAMOO's four members―Moon Byul, Solar, Whee In and Hwa Sa revealed how extreme their past diets were.

On November 8 episode of KBS' television show 'Boss in the Mirror', MAMAMOO made a guest appearance.

In this episode, MAMAMOO members were seen having their packed lunch after recording a song.

As their comeback was approaching, Moon Byul, Solar and Hwa Sa brought very little food for themselves.

Moon Byul was the only one who brought a plenty amount of food.

Moon Byul explained, "I've lost like 15 kg not long after I made debut. After that, my metabolism has kind of changed. I used to gain weight easily, but I don't anymore."

She continued, "I know that I'm going to lose a lot of weight while we busily promote our upcoming album, so I have to eat as much as I can beforehand."

Then, the girls talked about going on wrong diets in the past.

Solar said, "Before I made debut, I just cut out all the foods in order to lose weight. I even stayed away from eating anything for three days."

She resumed, "To lose more weight though, I took colon cleansing drugs on an empty stomach. I ended up rushing to an emergency room. It turned out it was because there was nothing to be cleansed in my intestines."

Whee In nodded and said, "I've actually fainted twice after taking appetite suppressants. I remember fainting at a subway station. At that time, I took the pill with nothing in my stomach."