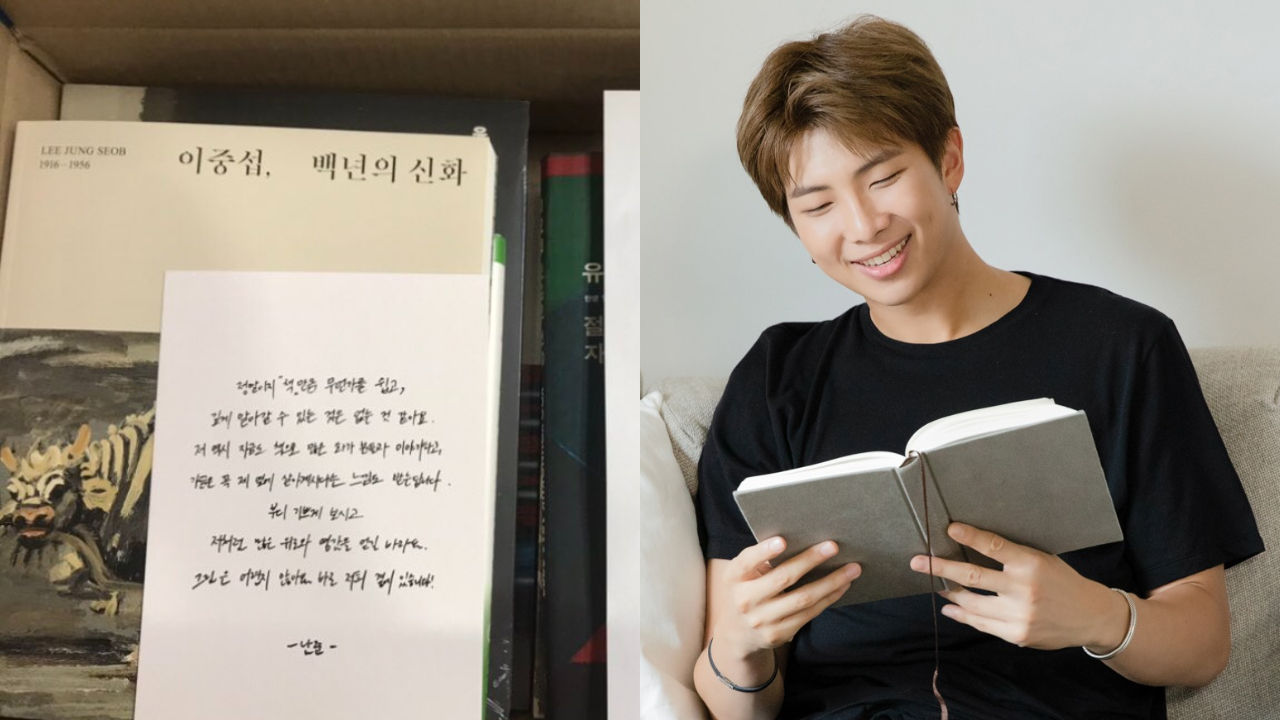 Recently, one ARMY (BTS' official fan club) who works at one of the national libraries took to Twitter to share photos of the eight books gifted to the library long with a handwritten letter of RM.

Really, I don't think there is an easier or deeper way than a book to learn about something.

I, too, am still learning and talking with many artists through books; and sometimes, it even feels like they are alive and right next to me.

I hope you enjoy the books and receive a lot of comfort and inspiration just like I did. Fine arts are not hard, and they are very close to us.

Previously, RM donated 100 million won (approximately 84,200 dollars) to the National Museum of Modern and Contemporary Art to celebrate his birthday.

His donation focuses on books published by the museum that is hard to find or needs to be republished, and the books were donated to both public libraries and schools nationwide.

Thanks to RM's generous donation and his sincere appreciation of the arts, the museum published a total of 4,000 copies of the 8 art books and helped open many people's eyes to the importance of culture, arts, and history.