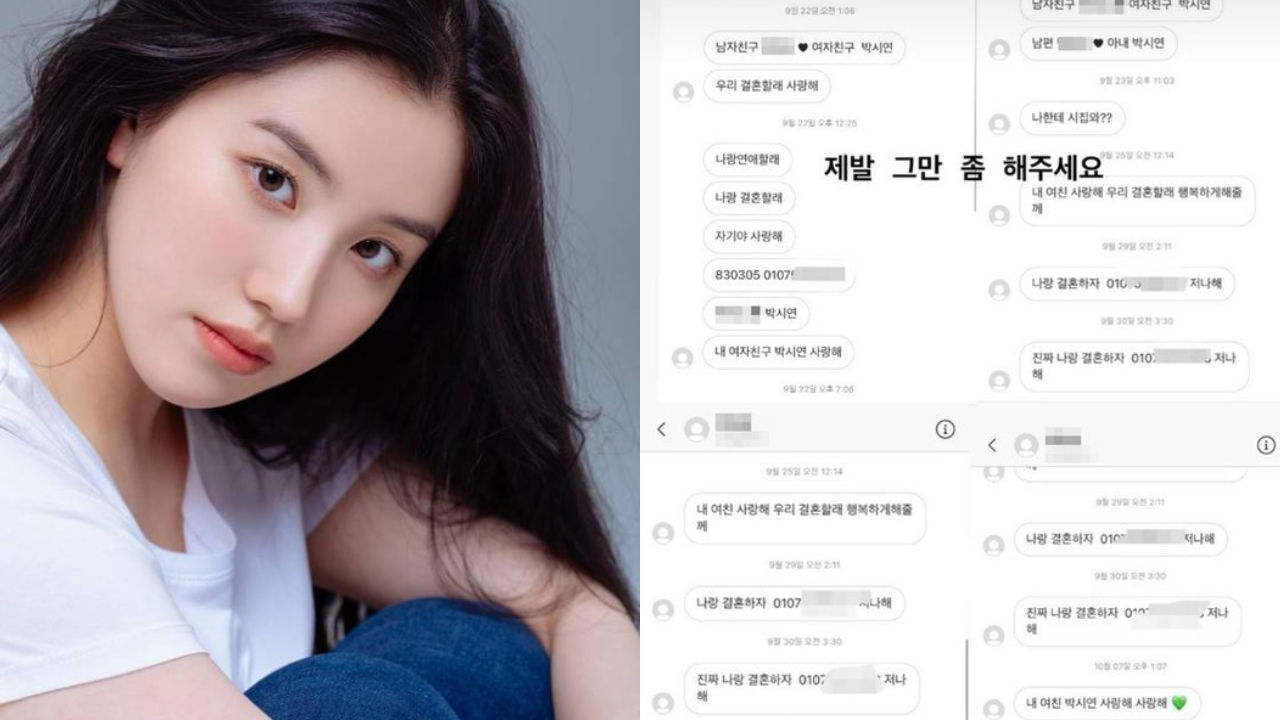 Xiyeon of disbanded K-pop girl group PRISTIN told an obsessive fan to stop proposing to her.

The screenshots reveal messages from the fan constantly asking Xiyeon to marry him, saying, "Please, marry me.", "I love you baby.", "My girlfriend Park Xiyeon.", "My wife Park Xiyeon.", and plenty more.

Along with the screenshots, Xiyeon simply wrote, "Stop this already. Please," showing how much stress she gets from the continuous, groundless marriage proposal.

Worried fans flooded Xiyeon's Instagram with comments include, "Enough is enough.", "I'm getting goosebumps. Leave her alone.", "That's so creepy.", and more.

After PRISTIN's official disbandment in May 2019, Xiyeon started to pursue her career in acting.

She recently signed with a new agency, Sooyeongang Entertainment, and starred in a tvN web drama 'Trip'.