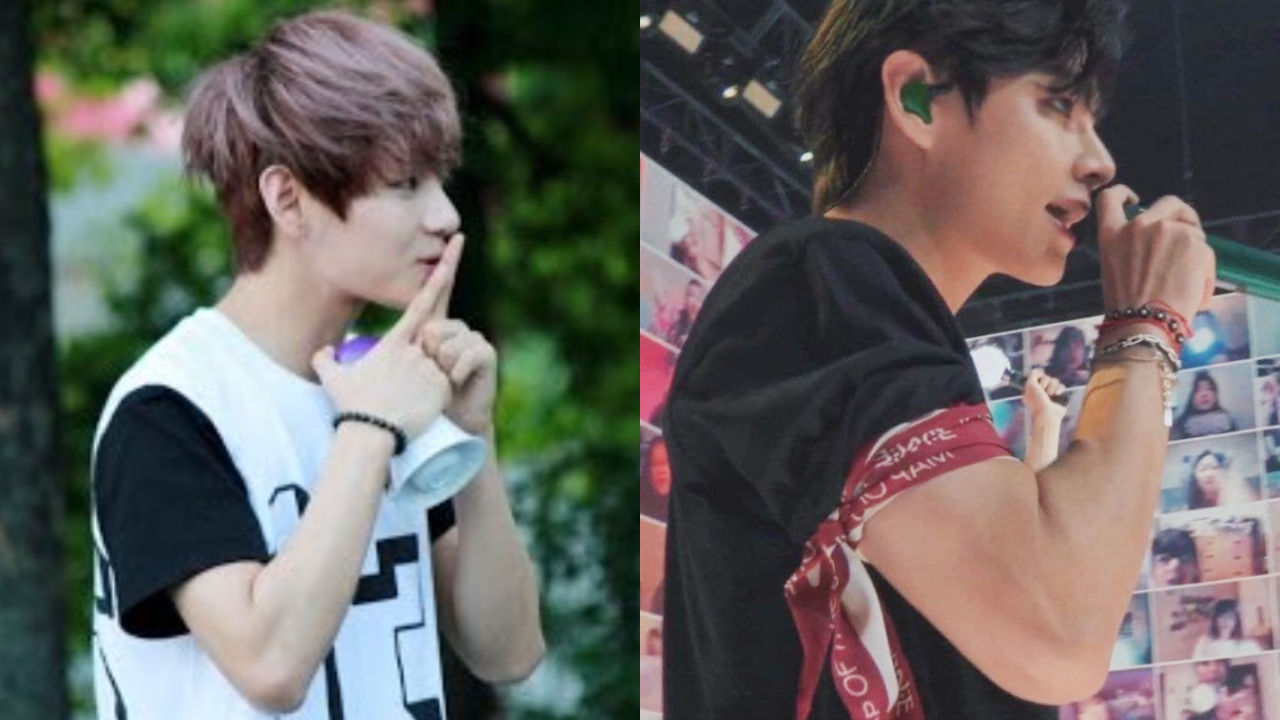 On October 10, BTS held an online concert 'BTS MAP OF THE SOUL ON:E'.

During the concert, ARMY noticed a change in the size of V's arms; they had become much bigger.

True ARMY know that V has two sizable moles on his arm, which are placed near but quite far from each other.

Over time, those moles had become more and more apart as his arm had sized up.

This was more noticeable on the day of the concert, as ARMY saw V with short-sleeve t-shirt for the first time in a while.

It seemed like V had been working out a lot since he was a little freer with the ongoing COVID-19 pandemic.

ARMY's jaws dropped after noticing the change, and could not stop going, "Wow."

Some compared the current size of his arms to the past, and they had indeed become twice as big.

They left comments on online communities such as, "WHOA. Tae-tae is all grown up now!", "What? He was already perfect. Where is he trying to go from there? Even more perfect? Oh my...!", "I honestly don't think I can ever stop loving you, oppa." and so on.