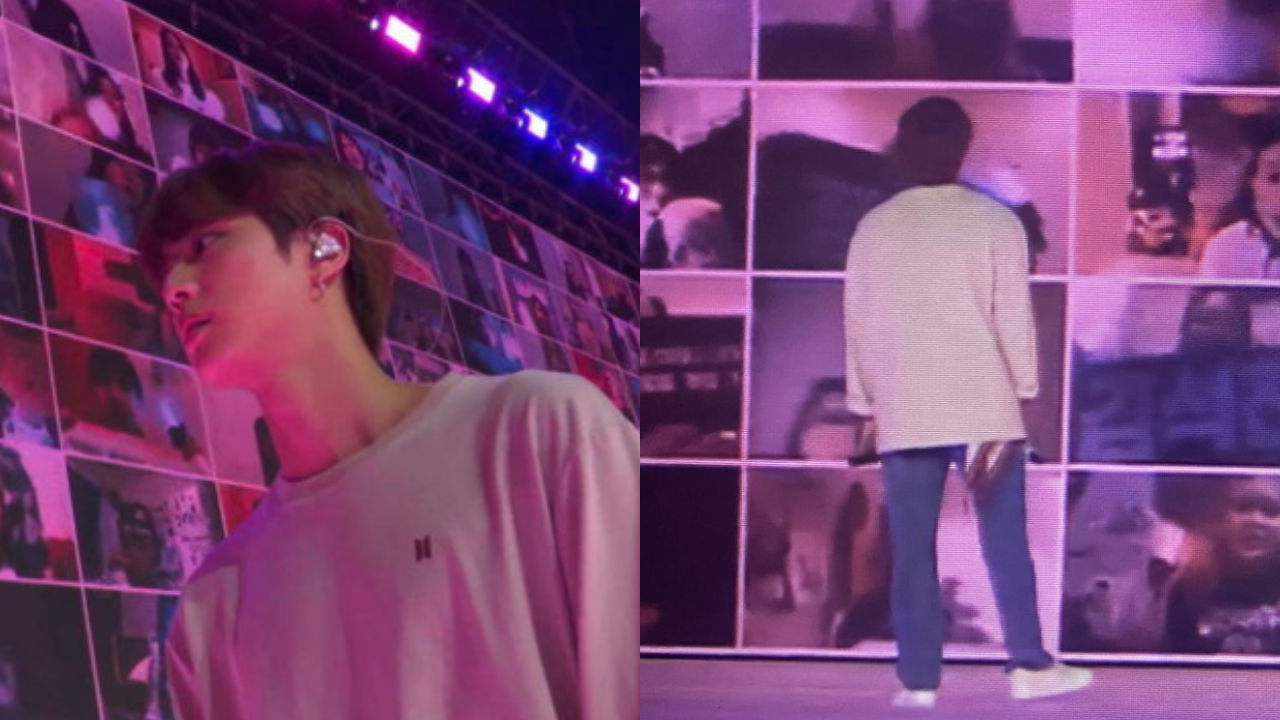 On October 10, BTS held an online concert 'BTS MAP OF THE SOUL ON:E'.

At one point during the concert, the screen behind the stage where BTS members were standing filled with videos of fans watching the concert live.

These fans were all happily smiling while making a heart with their hands, shaking their ARMY BOMB (the name of BTS' official light stick) about and so on.

As soon as the members of BTS saw their fans from all over the world on the screen, they could not take their eyes off them for a while.

It seemed like JIN really missed ARMY, whom he has not seen for a long time due to the COVID-19 pandemic.

JIN stepped closer and walked around the screen, staring at each fan for ages.

He was so focused that he looked as if he had forgotten that the concert was still taking place.

Lots of fans' hearts overflowed with touching emotions while watching this.