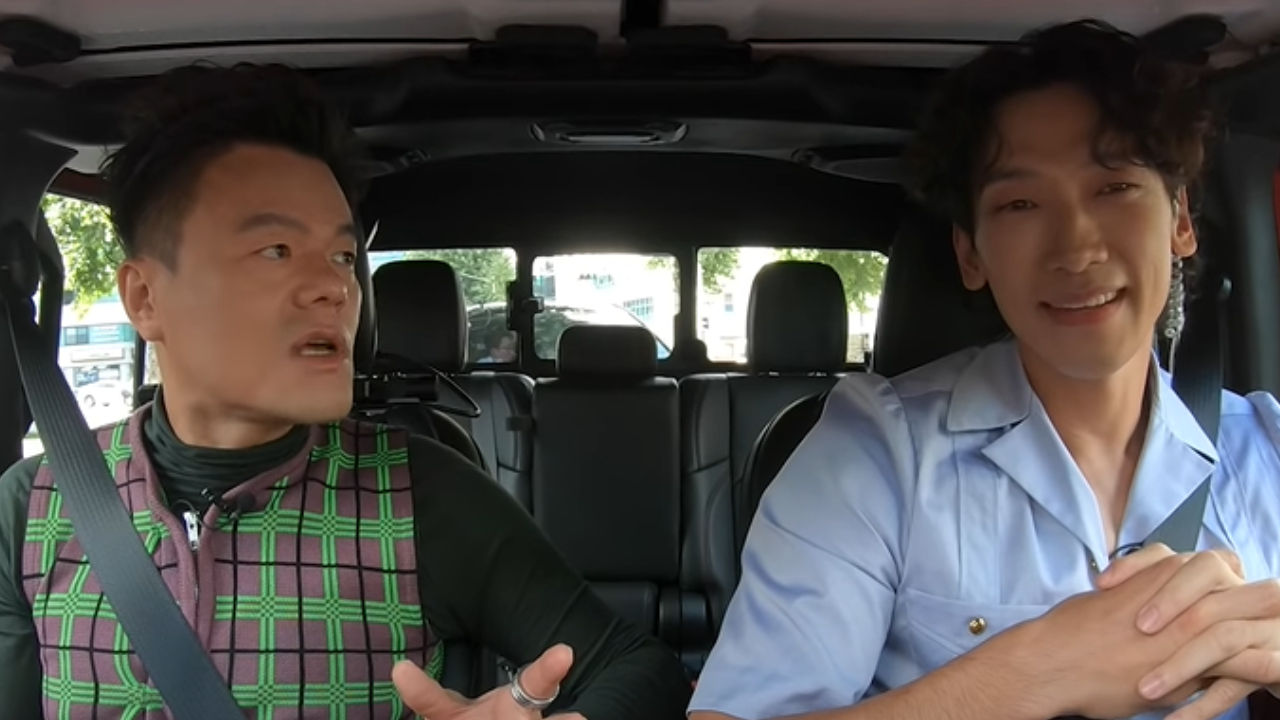 Singer/JYP Entertainment head producer J.Y. Park shared that he is surprised by how much actress Kim Tae-hee loves singer RAIN.

On September 10, a new video was uploaded on RAIN's YouTube channel.

In this video, RAIN was seen having a conversation with J.Y. Park while driving around Seoul.

During the talk, J.Y. Park mentioned the last time they met with each other.

J.Y. Park said, "The last time we saw each other was only like a week ago, right? We met with our wives."

He continued, "You know what's so surprising about Tae-hee though? I feel like she doesn't know nor see your flaws."

He explained, "I mean, I love you, and there are lots of people who love you. But she's like, 'How does a man like this exist? How is that man my husband?'"

RAIN laughed, and J.Y. Park went on, "You are awesome indeed, but it's not like you are the most awesome guy in this world."

He added, "She always says you are the most awesome guy, but how...? That's just something I don't get. Every time, it gets me thinking, 'Does she really mean it?' What happened there? Can you give me an explanation?"

RAIN could not stop laughing for a while, then he commented, "I think it's because she's so pure. It's also that I give her that much trust."

To this, J.Y. Park shortly responded with "Ah, okay..." and an awkward smile.