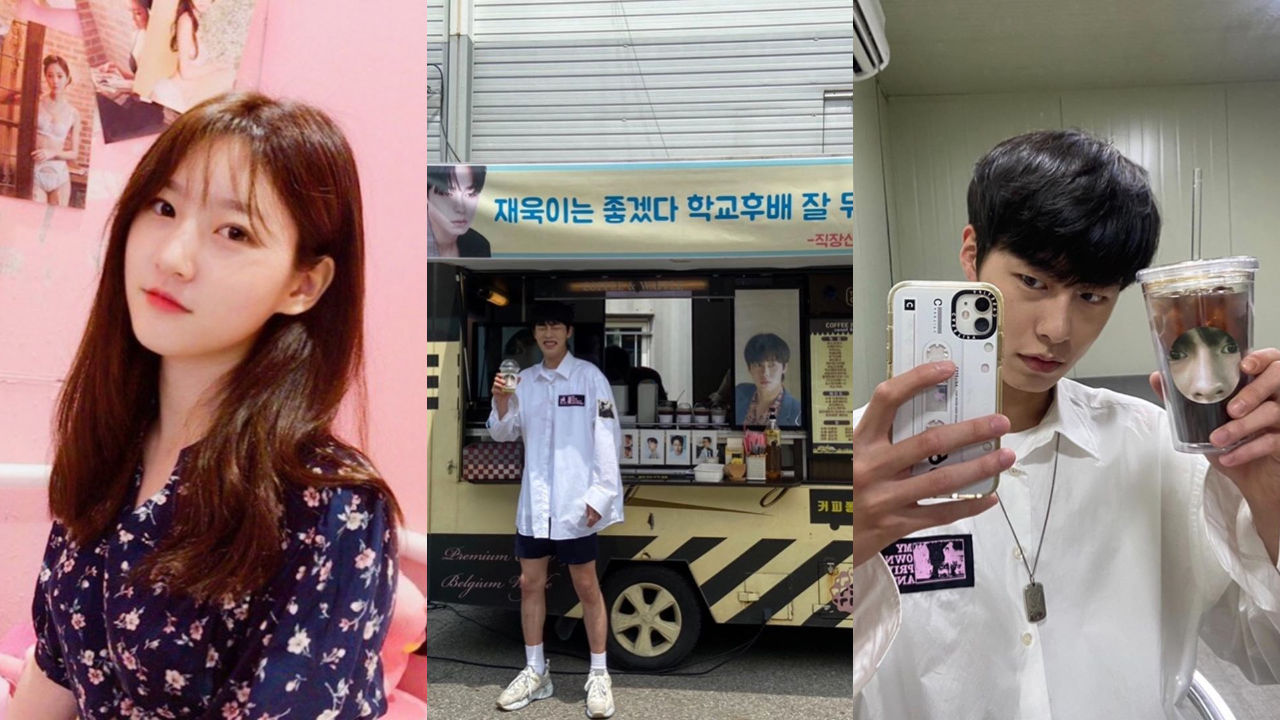 On July 30, Lee Jae Wook took to his Instagram to show off a special gift that Kim Sae Ron sent him.

The gift was a snack truck to the set of his current drama 'Do Do Sol Sol La La Sol' from Kim Sae Ron.

On the snack truck, Kim Sae Ron jokingly wrote, "You are a lucky guy, Jae Wook, because you have a school hoobae like me. From your work sunbae."

There was also a funny sticker made of an extremely zoomed-in photo of Lee Jae Wook which only showed his eyes and nose.

Under this post, Lee Jae Wook wrote, "Jae Wook, you really are a lucky guy, because you have a work sunbae like Sae Ron."

He added, "The sticker is making me laugh so much! You are hilarious!"

There, Lee Jae Wook is Kim Sae Ron's 'sunbae', as he entered the school before her.

But since Kim Sae Ron made debut in prior to him, she is his work 'sunbae'.

Fans are loving this playful and adorable interaction between the two top stars.