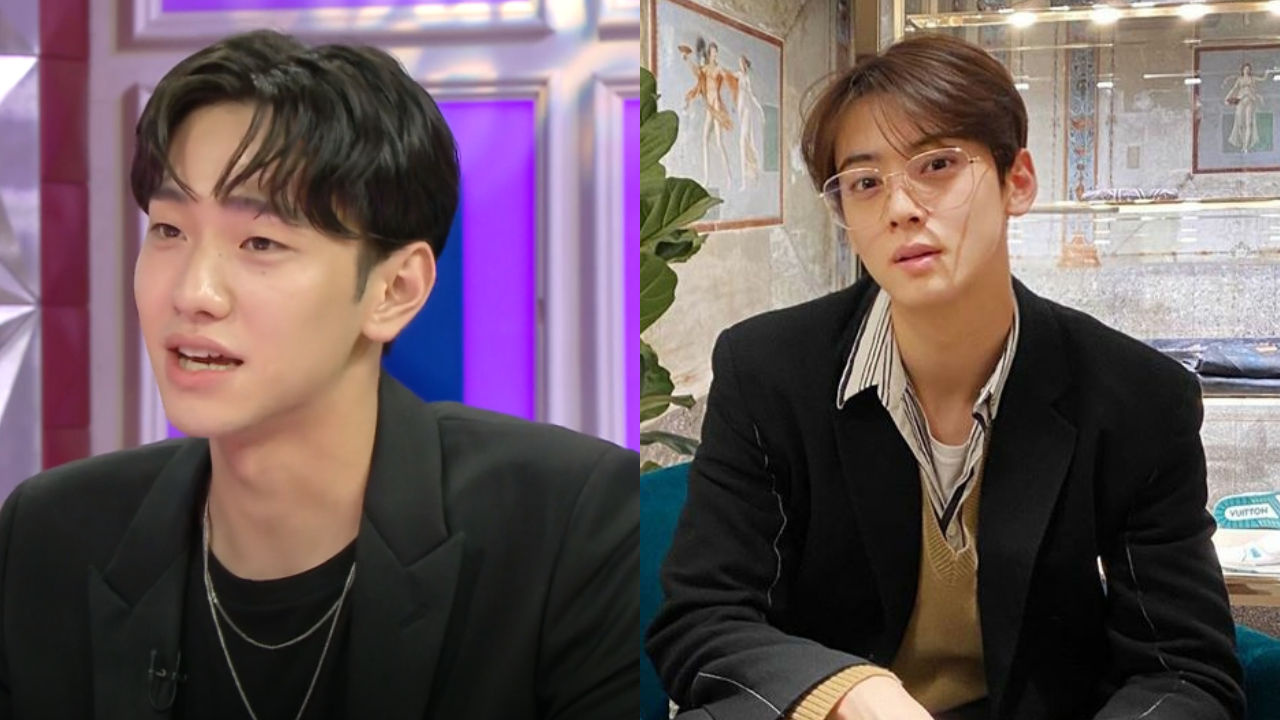 Model/actor Nam Yoon Su revealed that K-pop boy group ASTRO's member Cha Eun-woo stole his popularity back when they were in high school.

During the show, Nam Yoon Su mentioned being the tallest and most good-looking in the family.

He said, "I'm the youngest one of three boys. I look very different from them. Everybody says I took all the good genes."

Then, Nam Yoon Su talked about debuting as a model when he was a high school sophomore.

He continued, "I was pretty popular in high school. I think it was because I had made debut as a model and all students knew about that. When I would come down the stairs, first year female students would bow to me with their eyes locked on my face."

He went on, "But after I moved up to the third year, my popularity went downhill. That year, Cha Eun-woo transferred to our school..."

As soon as the hosts and other guests heard this, they sighed as if they knew exactly what happened to Nam Yoon Su then.

Nam Yoon Su laughed and added, "Some still liked me, but many started fancying Cha Eun-woo. Even when I looked at Cha Eun-woo though, he was just really good-looking. He had very smooth skin and all."

Nam Yoon Su and Cha Eun-woo were born in the same year―1997, and they both attended Hanlim Arts School in Songpa-gu, Seoul.