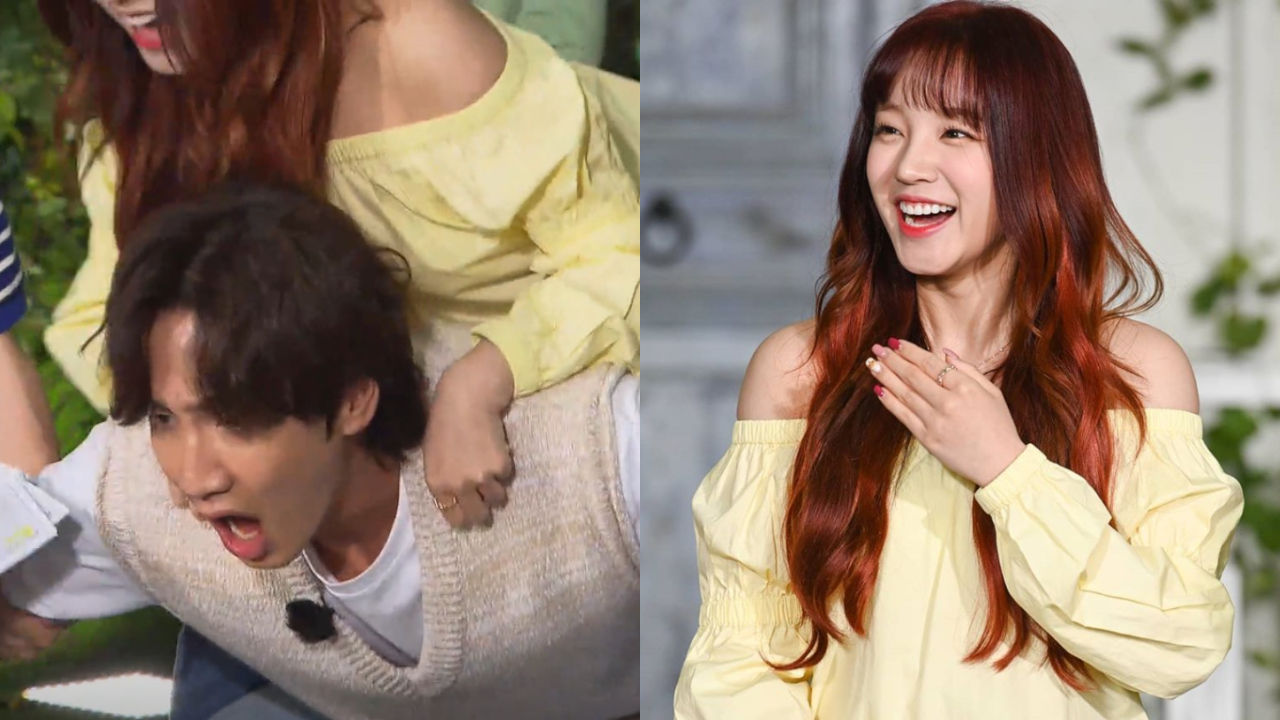 On July 26 episode of SBS' variety show 'Running Man', YUQI joined as one of the guests.

During the show, cast member Yu Jae Seok asked YUQI about her love for giraffes.

YUQI said, "I love giraffes. Actually, I used to dream of riding a giraffe one day."

As soon as the cast member heard YUQI's words, they told her that they could make her dream come true.

The cast members even requested Lee Kwang Soo to run around like a giraffe.

Lee Kwang Soo complained about the request first, but ended up giving YUQI a ride like a giraffe.

He was even more surprised when YUQI actually accepted the offer with the happiest smile on her face.

Check out the hilarious scene on 'Running Man' in the video below: