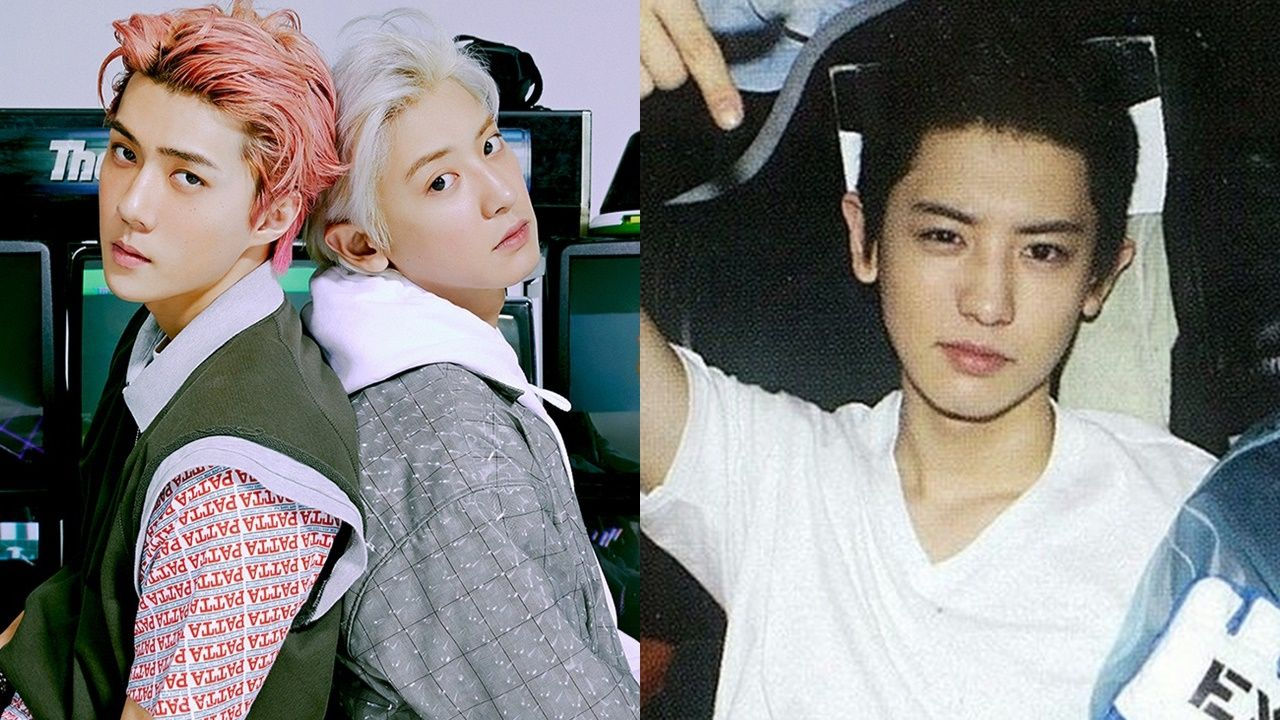 K-pop boy group EXO's members SEHUN and CHANYEOL revealed the first impression of one another as well as their difference.

During the talk, CHANYEOL shared that the preparations for EXO-SC's new album was very smooth, as it was their second time working on an album together.

That was when CHANYEOL suddenly started to reminisce the past to the time when he first met SEHUN.

CHANYEOL said, "SEHUN was really good-looking. He was a middle school student at that time. He was a baby. I practically raised him."

He playfully continued, "But after SEHUN entered high school, he became kind of scary. Once, I was holding SEHUN's leg during dance practice, he went angry at me and pushed me away. Since then, I became frightened of him."

SEHUN laughingly responded, "Well, when I first saw CHANYEOL, I thought he seemed big-headed. Actually, a lot of other trainees thought the same. CHANYEOL didn't leave a great first impression on us."

CHANYEOL laughed and commented, "I didn't know the world was large then; I was way too confident. I was like, 'Look at me, everyone. I'm CHANYEOL! Yes!' But then after meeting other trainees, the level of my confidence declined by... A lot."

After that, the two stars shared that they have known each other for 12 years, but said were completely different from each other.

CHANYEOL said, "I enjoy watching videos about extraterrestrial life and science, whereas SEHUN likes watching those sad videos that touch your heart."

SEHUN added, "I tend to watch that kind of videos at night; I become quite emotional at night."

CHANEYOL said, "We're different when it comes to love as well. I'm pretty straightforward to the person I like. I'm not afraid to let them know how I feel."