[SBS Star] BIGBANG G-DRAGON Under Fire for Neglecting His Dogs 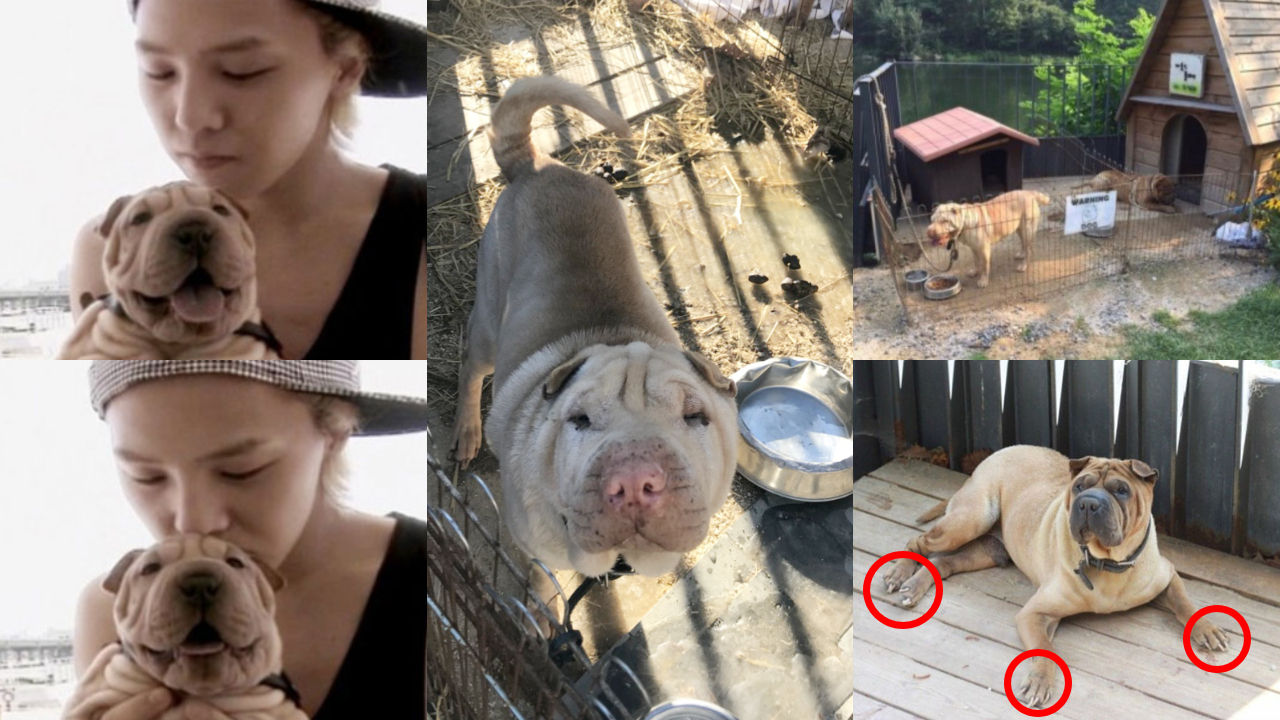 G-DRAGON of K-pop boy group BIGBANG is being criticized for neglecting his dogs.

A few days ago, one blogger shared photos from his/her visit to the countryside.

According to the blogger, he/she stayed at a guesthouse-like accommodation where G-DRAGON's parents run.

Outside the accommodation, there was a small area where G-DRAGON's dogs 'Gaho' and 'Jolly' were staying.

They used to live with G-DRAGON, but were sent to live at this accommodation some years ago.

In the photos that were taken by the blogger, the two dogs were living in a very small space together with a fence between them.

Their home looked far from being tidy, and some of their toys even had mold on them.

Not only that, but they also seemed hot in the scorching weather.

However, there was only a small amount of water in their bowls.

They had sticky eyes and extremely long claws, which showed that they had not been cleaned nor walked for weeks or perhaps months as well.

It certainly seemed like they had not been taken care of for a long time.

The cat currently lives with G-DRAGON in his recently-moved penthouse in Yongsan-gu.

As G-DRAGON has shown so much love for 'Gaho' and 'Jolly' in the past by talking about them in his songs, going to public events with them and so on, a lot of people are expressing disappointment and anger towards the BIGBANG's leader at the moment.