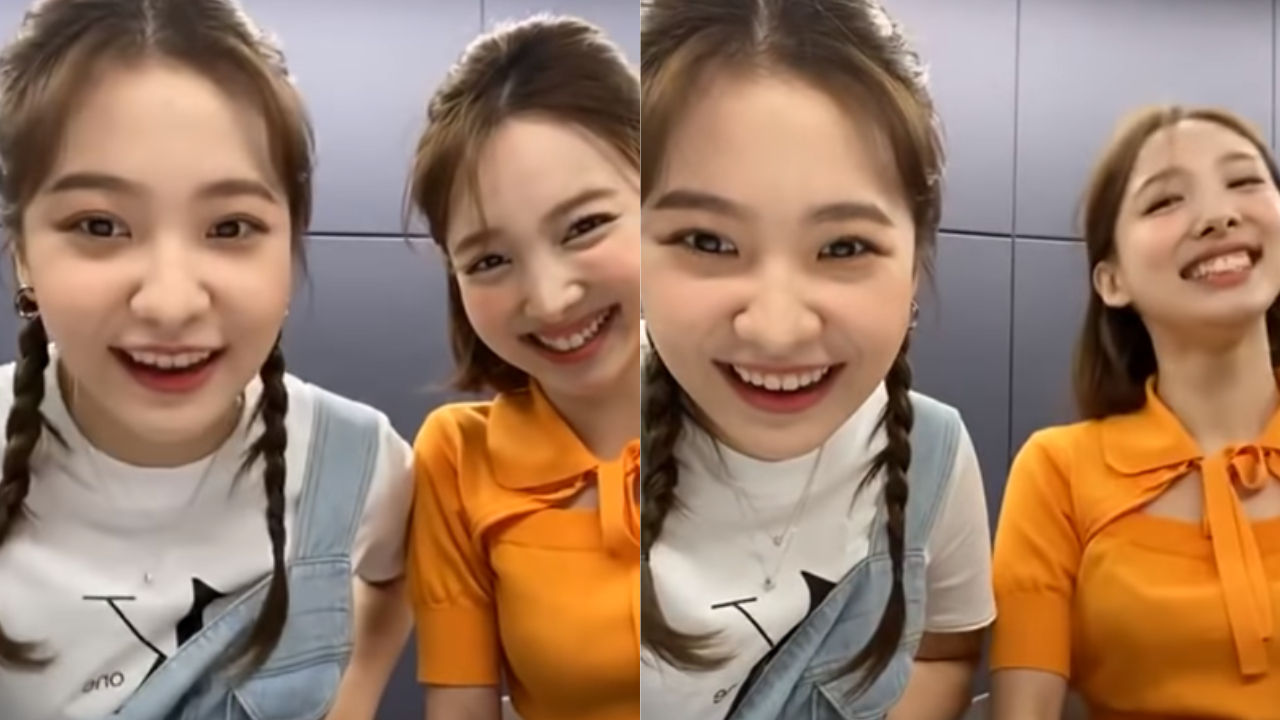 On May 27, YERI hosted a live broadcast on her Instagram.

Surprisingly, the live broadcast started with NAYEON's appearance, not YERI.

NAYEON waved towards the camera and commented, "Hi, everyone. I came to see YERI. I bought her this drink on my way."

Then, NAYEON held up a drink that was on a table in front of her.

YERI said, "This is a cookie and cream drink. I told NAYEON that I wanted this, and she brought it with her. Yay!"

Following that, NAYEON said, "Oh, you guys want to know where I am? I can't tell you that though. I don't want to spoil anything."

YERI laughed and said, "Just tell them. It's okay."

NAYEON responded, "Really? Okay, then. I'll tell you where I'm at. I'm guesting on 'YERI's Room'. We're waiting for the shooting to begin at the moment."

'YERI's Room' is a recently-began beauty show that YERI hosts.

After finding out that NAYEON was going to make a guest appearance on 'YERI's Room', fans screamed on top of their lungs in excitement.