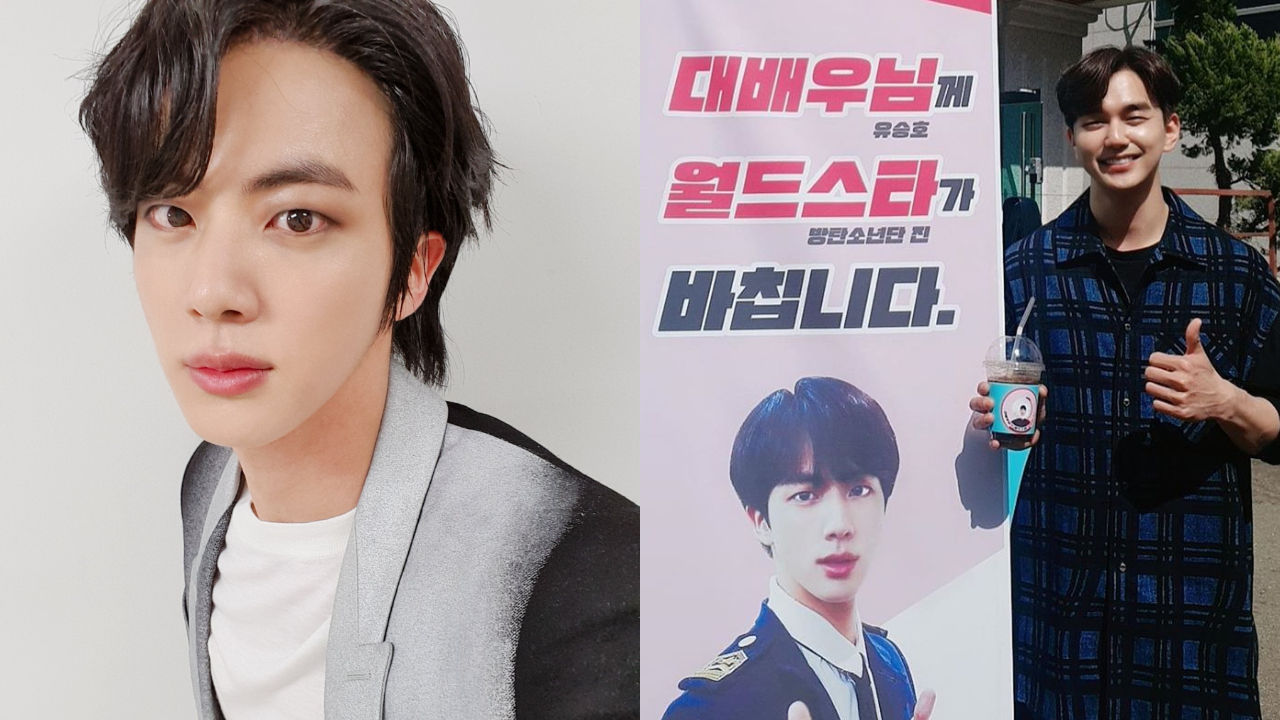 In the photos, Yoo Seung Ho is posing right next to a coffee truck with a bright smile on his face.

There was a message written on the banner standing next to the coffee truck, that says, "To the great actor Yoo Seung Ho, from the world star BTS JIN."

According to reports, JIN prepared the coffee truck for Yoo Seung Ho and the cast and staff members of his new drama 'Memorist'.

A source from the production team commented on the unexpectedness of the delivery, but was also very thankful for JIN's thoughtful gift.

The source told media, "The entire crew members were surprised at the unexpected friendship between the two, which hasn't been made public before. Both the cast members and staff were able to gain strength and finish the filming in a happier mood."

To this, fans commented, "Since when? Wow, I love them both.", "The moment when you find out your two ultimate biases are actually good friends.", "Ah, I love this friendship.", and more.