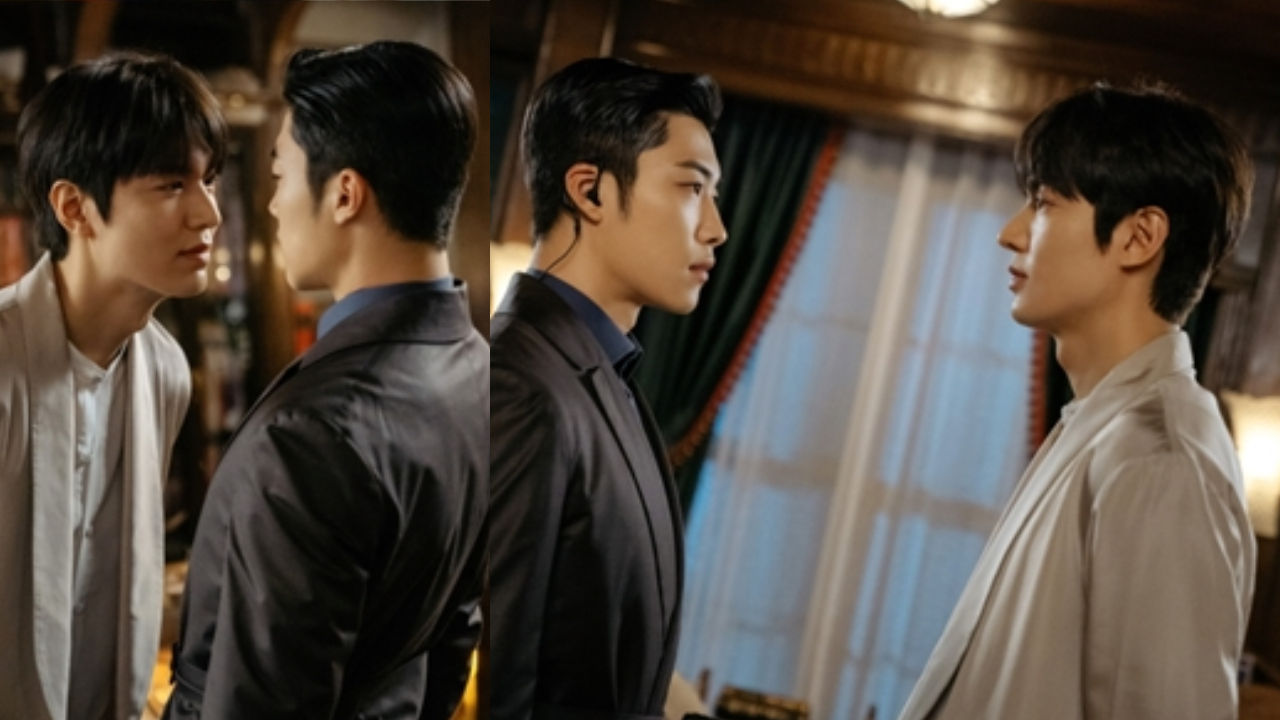 Actors Lee Minho and Woo Do Hwan's amazing chemistry was seen in the newly-released 'The King: Eternal Monarch' publicity stills.

The stills showed the two main cast of the drama―Lee Minho and Woo Do Hwan in a room with one another.

They both instantly catch the attention with their incredible looks in a sleek suit and neatly-styled hair.

While Woo Do Hwan has quite a serious look on his face, Lee Minho is with a cheeky smile.

The production team of 'The King: Eternal Monarch' commented about these two actors, "Lee Minho and Woo Do Hwan have an amazing chemistry together. They almost seem like brothers."

They continued, "Since not only they get along well as friends, but also click so well when it comes to acting together. They always made us laugh and smile during breaks as well as shooting."

'The King: the Eternal Monarch' is a drama dealing with the subject of an alternate reality.

In one world, the Emperor of the Korean Empire 'Lee Gon' (Lee Minho) seeks to keep the door to an alternate reality closed.

In the other world, however, a detective of the Republic of Korea 'Jung Tae-eul' (actress Kim Go-eun) tries to keep the door open in order to protect her life and everyone she loves.

Kim Go-eun will play the double role in the drama as 'Jung Tae-eul' and 'Luna'―a criminal who lives in the Korean Empire.

Woo Do Hwan will act as a leading bodyguard for 'Lee Gon' named 'Jo Young', widely recognized for his great skills in the job.

Meanwhile, 'The King: Eternal Monarch' is scheduled to be unveiled in April.