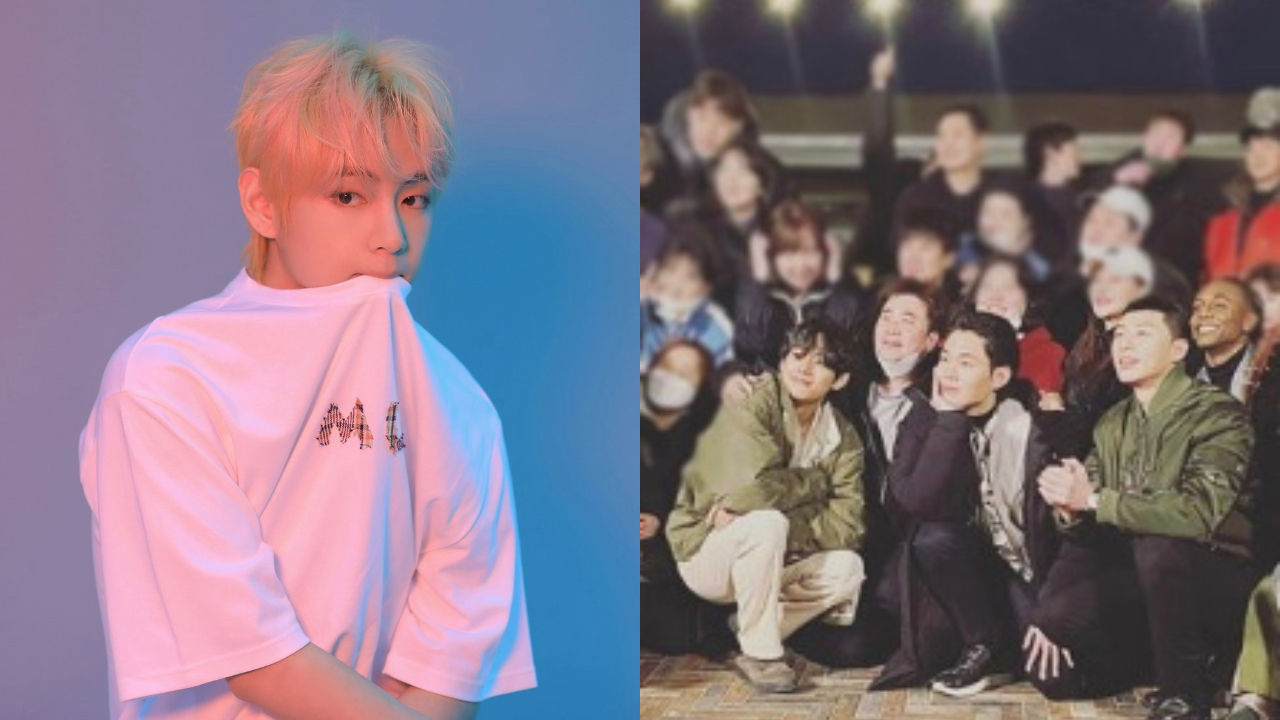 V of K-pop boy group BTS was spotted in a group photo of the recently-ended drama 'Itaewon Class' taken on their final filming day.

As previously reported, V visited the filming site of 'Itaewon Class' on the final recording day of the drama to show support for his best friend Park Seo Jun, the lead actor.

In the newly-released photo, V is sitting right next to the drama's main director in the front row with a bright smile on his face.

According to fans, the photo was shared by one of the staff members of the drama.

V and Park Seo Jun have been close since 2016 when they worked together for a drama 'Hwarang: The Poet Warrior Youth'.