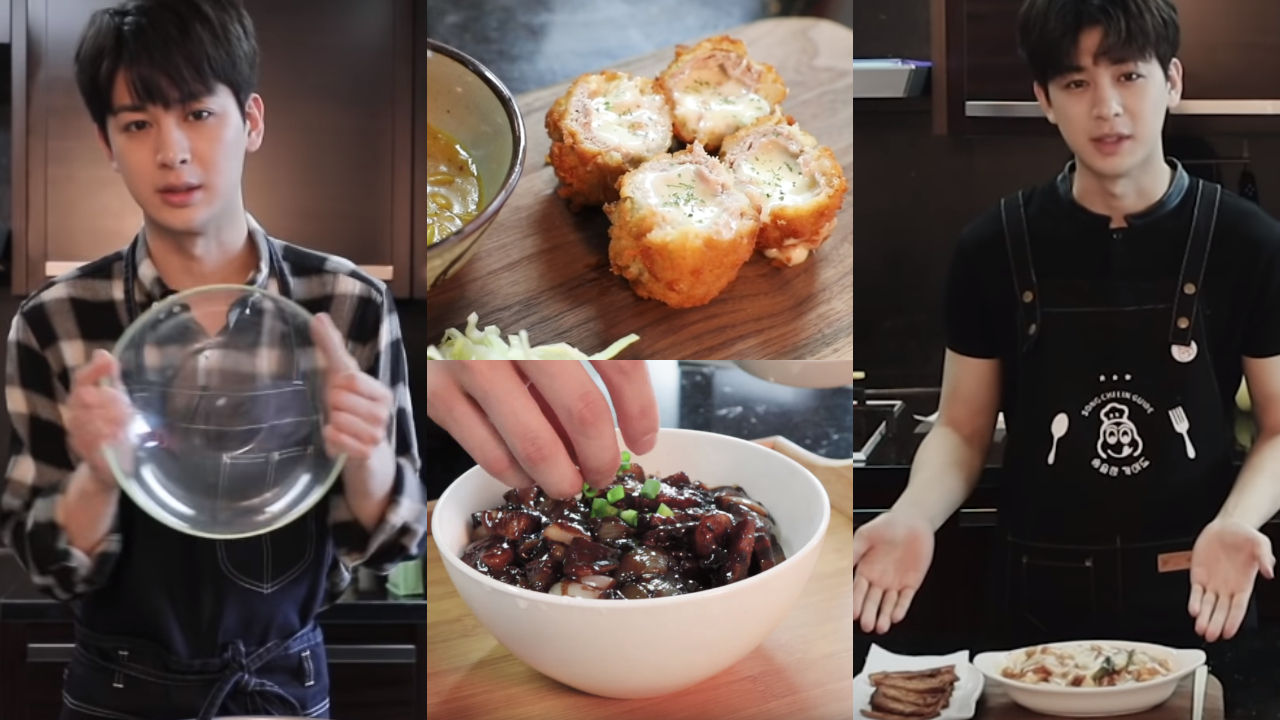 Recently, one fan of SONG shared an online post titled, "Check out these amazing foods that SONG has made so far."

In the post, the fan said, "SONG is so good at cooking that you would be surprised after seeing what he can cook."

He/she continued, "He loves cooking and is actually really good at it. He cooks for his fellow members a lot, and they always tell him that he's an amazing cook."

Then, the fan included videos from his YouTube channel that showed him making some mouth-watering foods.

The foods indeed looked very well-made and delicious, and there were also foods that are not considered easy to make as well.

Anyone could tell that he had excellent cooking skills from the way he was handling kitchen utensils and ingredients.

Under this post, a lot of people left comments such as, "Wow, he's professional!", "Oh, man. That looks so good. Let me please have some, oppa!", "He honestly should open his own restaurant." and so on.