[SBS Star] The Members of TWICE Fangirl Hard Over TZUYU 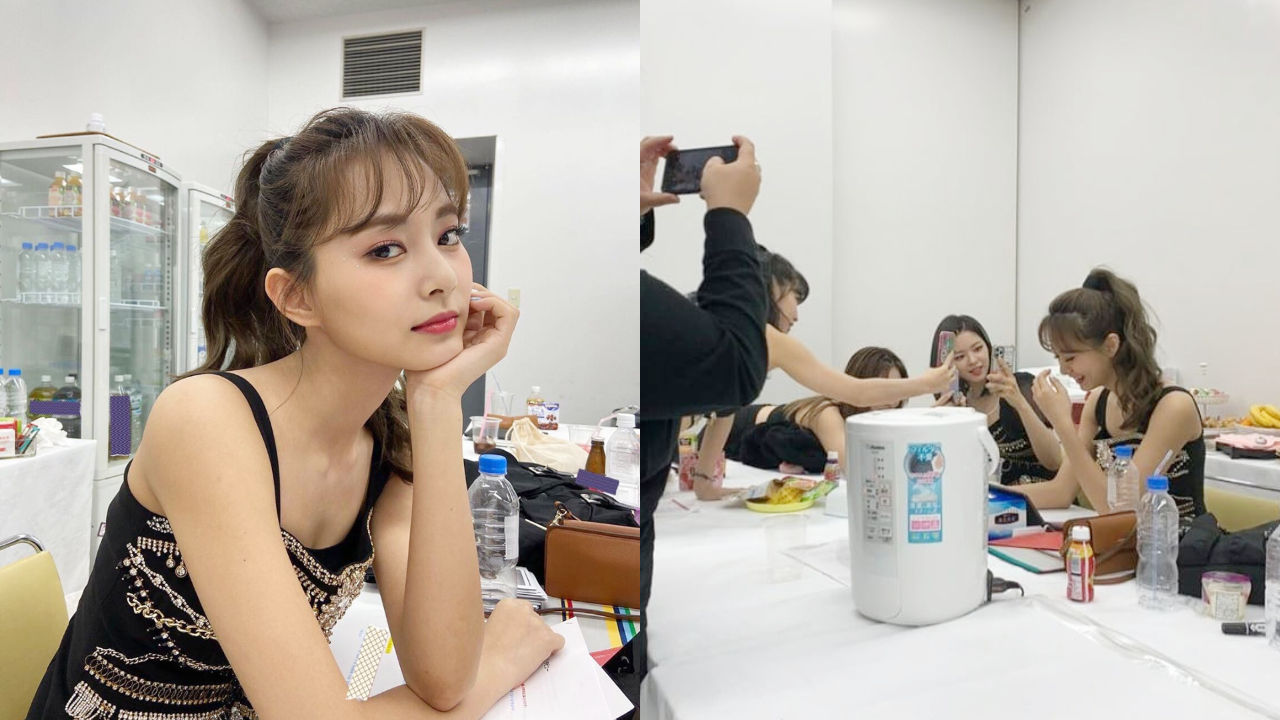 On February 11, TZUYU shared two interesting photos of her and her fellow members on the group's Instagram.

The photos showed MOMO, NAYEON and JEONGYEON taking photos of TZUYU at the same time, and TZUYU laughing at the awkward situation.

In the caption, TZUYU laughingly wrote, "What on earth are they doing? I'm happy that I have lots of unnies (older girls) who love me this much though."

They looked almost like they were huge fans of TZUYU, who happened to see her with their own eyes for the first time.

On the same day, one of the members―presumably MOMO, NAYEON or JEONGYEON―posted photos of TZUYU from this very moment.

She wrote, "What? Is she really real? I didn't even try to take nice photos then. How does she look this gorgeous though?"

In the photos, TZUYU makes different poses as she looks at each camera surrounding her.

TZUYU indeed was showing off her enchanting beauty in the photos, which explained why the members of TWICE could not help themselves but to take their camera out at that time.

Meanwhile, TWICE is currently busy going around cities in Japan for the group's concert tour 'TWICELIGHTS'.