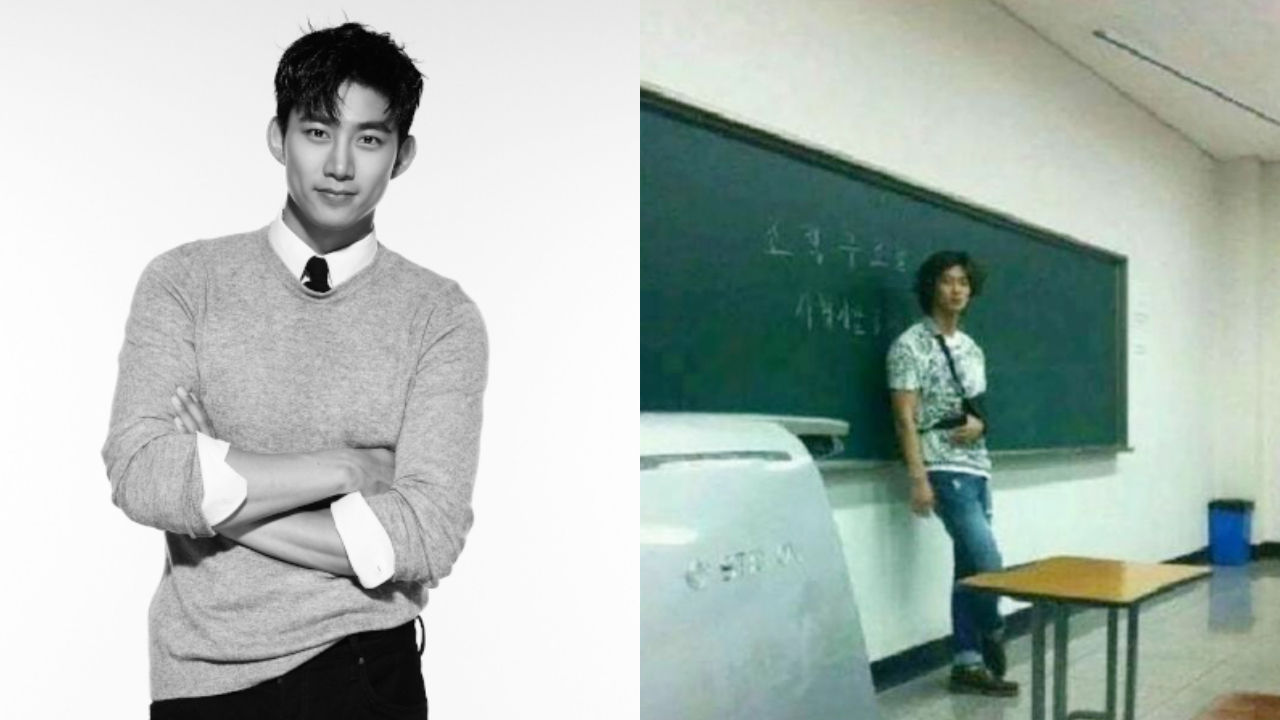 K-pop boy group 2PM's member/actor Ok Taec Yeon gave a funny response to a person who shared a post about him.

Recently, one past online post about Ok Taec Yeon and his response started going viral online.

The post included a photo of Ok Taec Yeon standing in the middle of a lecture room with casual clothes.

In the post, the uploader wrote, "I went to the same university as Ok Taec Yeon and this was the time when he came for an exam."

He/she continued, "But our professor told him, 'You don't even come to my lectures. How are you going to take the exam? Just stand over there for the students to take photos of you.'"

He/she added, "That's how he ended up over there. It was hilarious! Ah, he looked like a homeless person."

As this post quickly took over the Internet, it did not take long until it reached Ok Taec Yeon.

Ok Taec Yeon playfully responded, "Man, I actually took some time to pick out nice things to wear on that day, because I was going to school. The response though... Is it the hair?"

Thanks to this laughable post and his hilarious response, a lot of people had good laughs.