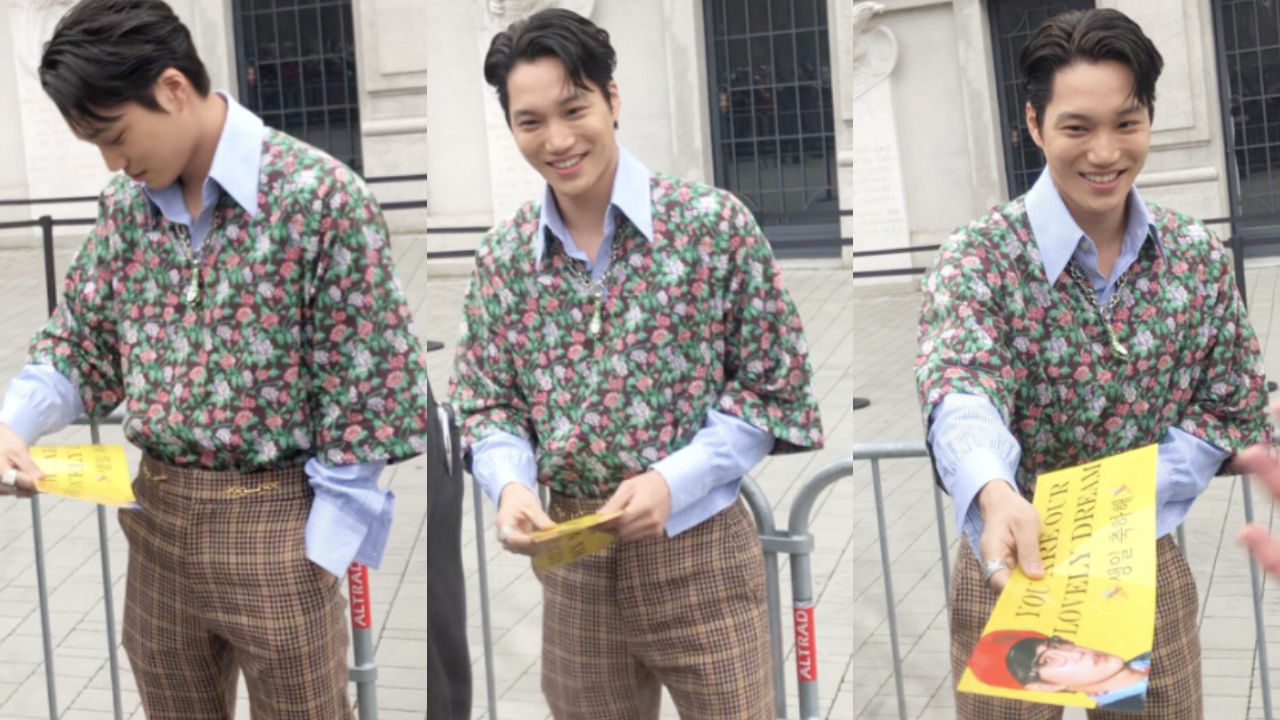 K-pop boy group EXO's member KAI spotted fans holding banners congratulating his birthday in Milan, and fans are absolutely in love with the way he responded to them.

Prior to the event, many fans of KAI waited outside the venue to see him.

As it was his birthday, it seemed they wanted to do something special for him.

So, they prepared banners that said, "You are our lovely dream. Happy birthday!", and held them up high for him to see as he walked past.

On his way to the venue, KAI spotted these banners and unexpectedly walked towards one fan.

Then, KAI pointed at the banner and took it from the fan in order to take a closer look.

After looking at the banner, a joyful smile began to spread on KAI's face.

KAI read the words on the banner, returned it to the fan, waved at other fans around, then went his way.


Later, KAI took to his Instagram to thank his fans for preparing the banner for him.

Along with a photo of him looking down at the banner, he wrote, "BIG thanks!"