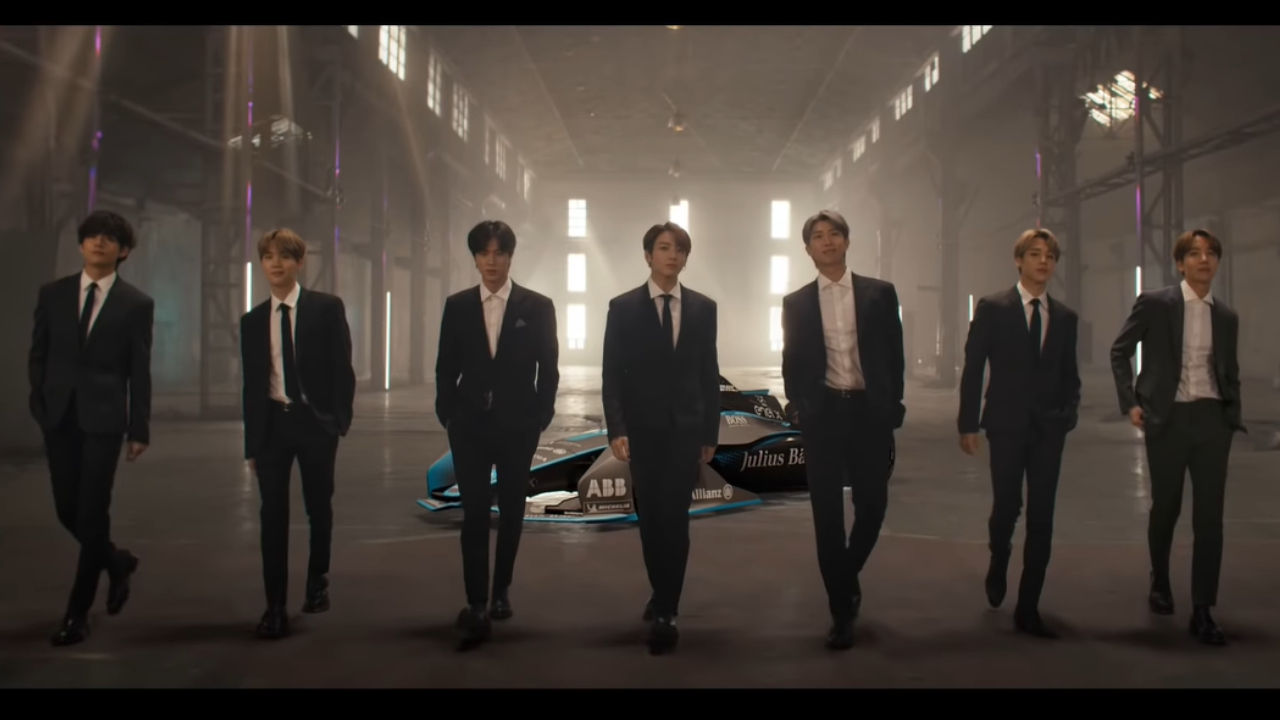 Fans of K-pop boy group BTS are swooning over the new campaign clip of 'Formula E' featuring the seven members dressed up in suits.

Back in December, BTS has officially been appointed as global ambassadors for the championship; to help promote the benefits of electric vehicles and raise awareness about climate change.

Through the partnership, both 'Formula E' and BTS hope to inspire the next generation and fans to embrace clean energy and become future drivers of electric vehicles to tackle air pollution and ultimately counteract climate change.

In the newly-released campaign video, BTS poses right next to a racing car, radiating their charismatic aura in sleek black suits.

Especially when the members pose for their individual shots, you can easily tell the racing car is being outshined by their ever-so-enchanting charms.

Meanwhile, 'ABB FIA Formula E Championship' is set to be held in Seoul on May 3.