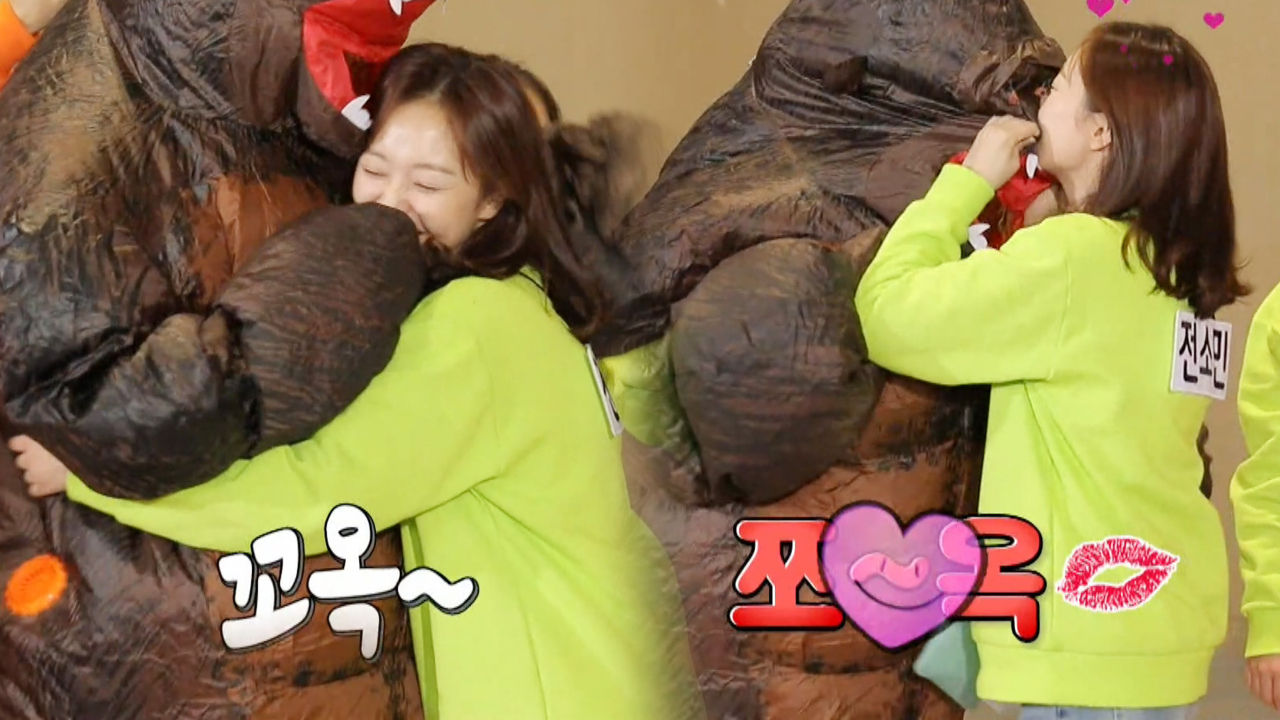 Actress Jeon So Min expressed her love for entertainer Yang Se Chan in the latest episode of 'Running Man'.

On January 12 episode of SBS' television show 'Running Man', Jeon So Min surprised everyone with her unexpected behavior.

For one game, Yang Se Chan and actor Lee Kwang Soo had to put a costume on.

When Yang Se Chan returned with a gorilla costume on, Jeon So Min looked at him and commented, "Awww! He's so cute."

After saying that, Jeon So Min walked up to him with a bright smile and gave him a big hug.

Then, Jeon So Min suddenly grabbed the gorilla's face and kissed him.

As Yang Se Chan could not see properly, he did not really know what was going on though.

When asked what that was about, Jeon So Min responded, "I did it because the gorilla looked cute."

So, entertainer Yu Jae Seok told her, "Kwang Soo looks cute as well, doesn't he? I mean, just look at him. He's a polar bear."

As soon as Jeon So Min heard this, she went towards Lee Kwang Soo.

Then, she slapped the polar bear's face hard instead of giving a hug or kiss, which made everyone there burst into laughter.