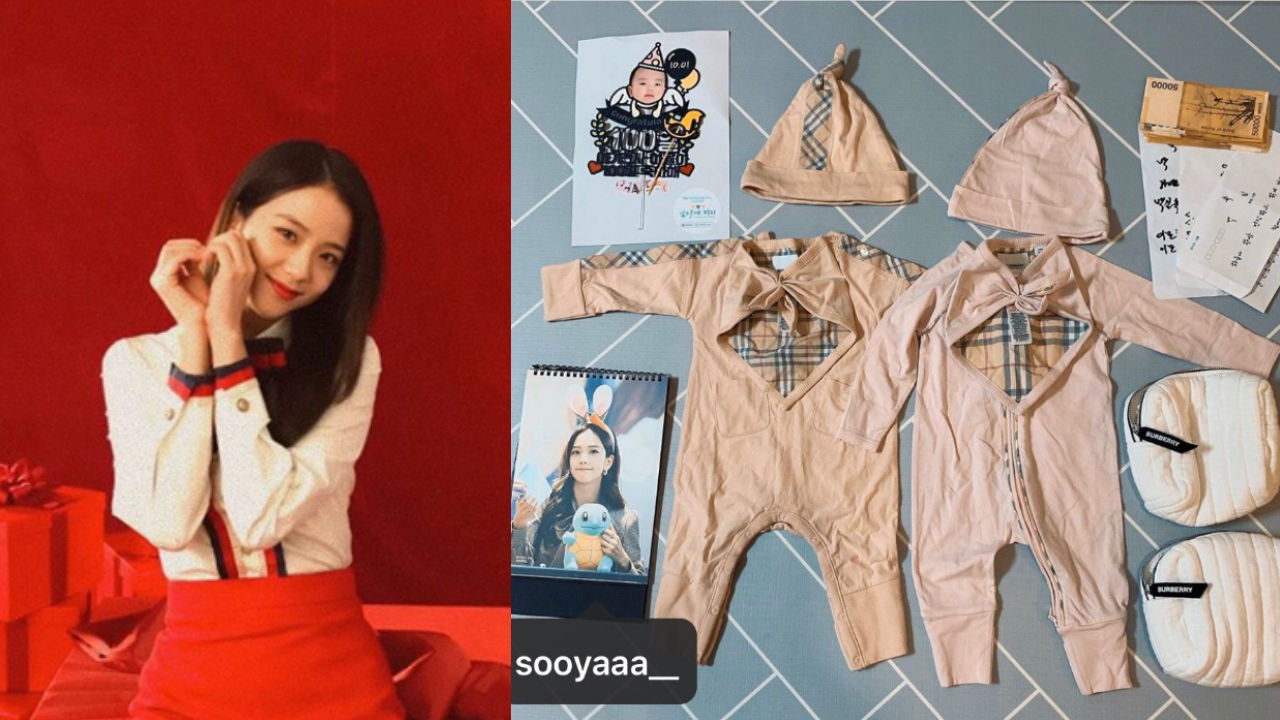 In the caption, he wrote, "It's been 100 days since Ha-yul (the name of his daughter) was born into this world. We had a party for this special one today."

He continued, "Aunt JISOO gave her lots of gifts as well. Thank you so much. We all love you, Ha-yul!"

The first photo was of gifts for Ha-yul neatly put on the floor, including designer onesies, beanies, little bags and a calendar that was printed with JISOO's portrait photos.

Surprisingly, this was not the end; there was one more gift―a lot of cash.

The second photo showed Ha-yul holding an envelope in her hand that said, "Grow fast and well, Ha-yul! From Aunt JISOO."

It seemed like JISOO did not care how much she spent for Ha-yul, because her love for her niece was much bigger than that.