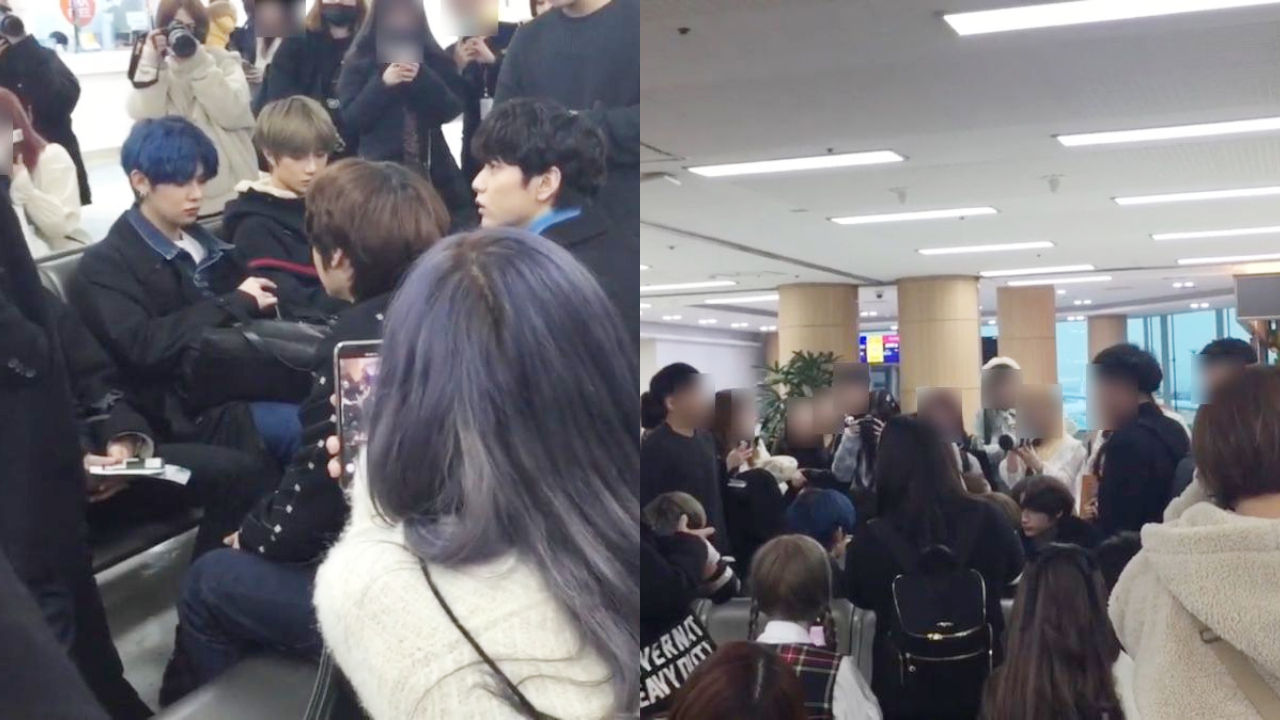 A lot of K-pop fans are furious after seeing photos of K-pop boy group TOMORROW X TOGETHER (TXT) unable to rest properly at the airport because of some fans.

The photos showed the members of TXT surrounded by some fans while waiting for their flight at the airport.

The fans stood right by their side and continuously took photos of them either with a phone or professional camera.

It looked like there were too many of them that TXT's managers and security guards were unable to control them.

Not only did the members of TXT look uncomfortable, but they also seemed somewhat distressed.

After these photos went around online, many gasped at how bad the situation was and shared their anger.

They left comments such as, "Please respect the boys' privacy, everyone!", "Those people don't deserve to call themselves their fans.", "Is this for real? That's so creepy.", "We beg you to take better care of your artists, Big Hit Entertainment!"and so on.