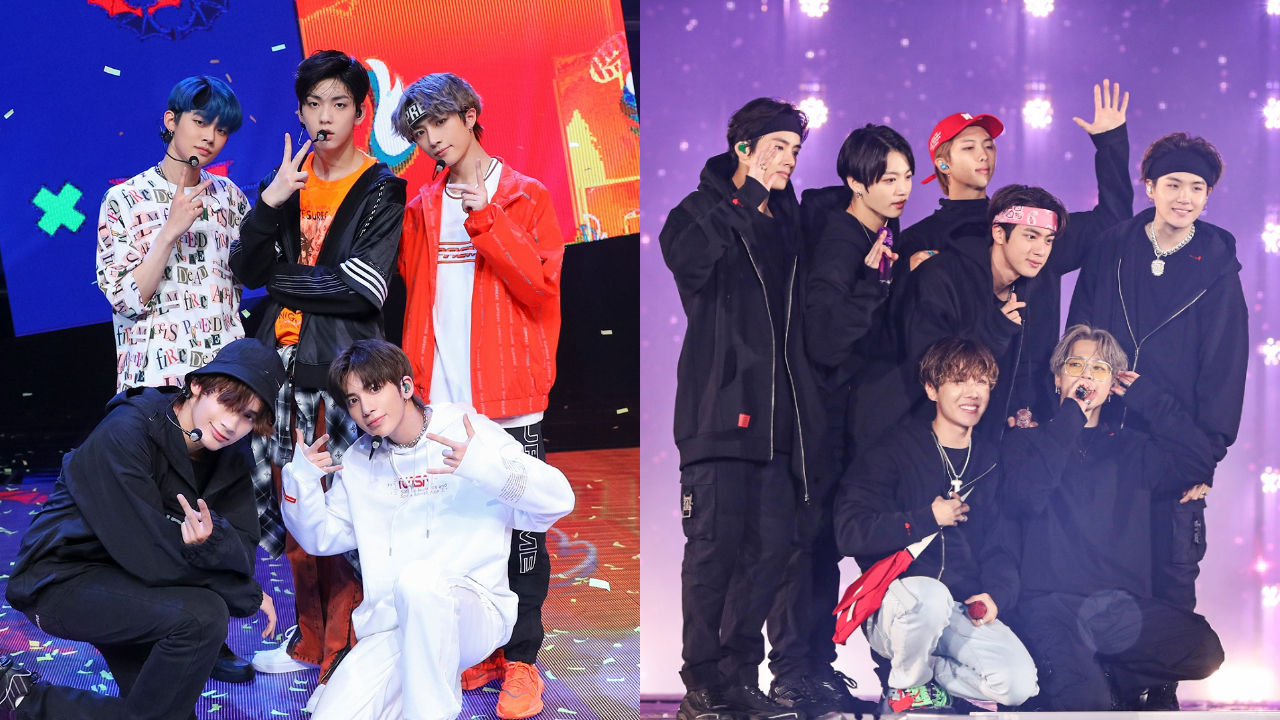 The members of K-pop boy group TOMORROW X TOGETHER (TXT) opened up about the pressures from being called as "BTS junior group".

During the following interview after the photo shoot, the members took some time to talk about their first year since debut.

When asked about their feelings on being called as BTS' younger brother group as the agency junior, YEONJUN said, "It would be a lie to say we didn't feel pressured at all."

He continued, "We used that pressure as a motivation to do better. We think of it as a grateful opportunity, so we were determined to do better and work harder."

When asked about what changed the most since debut, YEONJUN shared, "Well, we became more good-looking in general. In terms of skills, I think I found my own color at least a little."